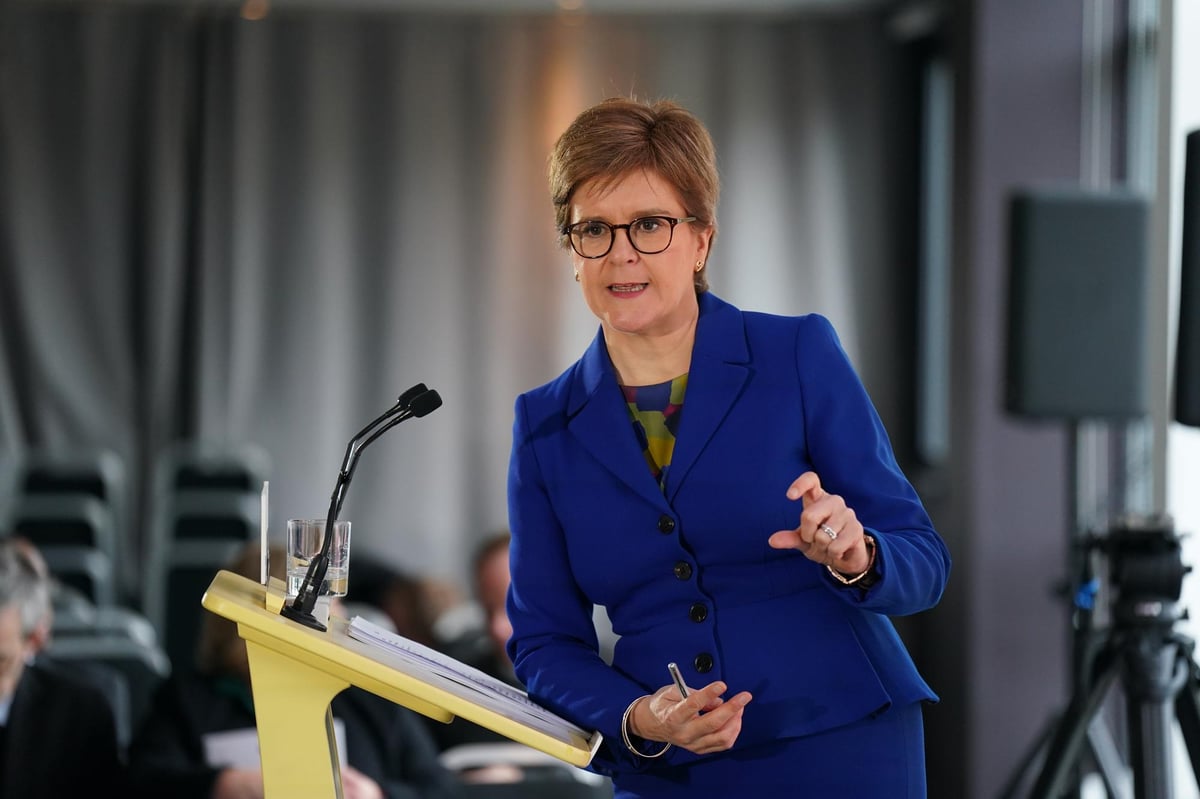 Opposition politicians are denying the outcome of the 2021 Holyrood election by opposing a Scottish independence referendum, the First Minister’s official spokesman has said.

Labeling Douglas Ross, Anas Sarwar and Alex-Cole Hamilton as behaving like Donald Trump, who claimed – without basis – that the 2020 US presidential election was stolen, advocate who speaks directly for first ministersaid the major opposition parties were “trying to pretend they won an election they lost”.

Pressed on what exactly the opposition had done beyond “bumping their gums” to deny the election result, the spokesman said, “they are trying to deny the reality of an election result in a free and fair democracy”. When asked to clarify whether he was saying they were “denying the 2021 result”, he said: “well it appears to be”.

Critics said the SNP has resorted to dialing up the “inflammatory rhetoric” and that the response to the defeat was becoming an “embarrassing spectacle”. Scottish Labor demanded an apology for the “absurd” comments.

In 2020, supporters of Donald Trump stormed the US Capitol building after weeks of baseless claims that the election in which Democratic candidate Joe Biden became president had been “rigged”. No party in Holyrood has made similar claims about the 2021 election.

Responding to questions about the opposition’s criticism of the rhetoric, the official spokesman said: “The only people who behave like Donald Trump are the unionist politicians trying to pretend they won an election they lost.

He added: “There is a clear denial of democracy at play. They throw around the Trump gibberish, I’m just saying the only people who act like Donald Trump are people who try to deny the reality of the election results.

SNP leader and First Minister of Scotland Nicola Sturgeon issues a statement at the Apex Grassmarket Hotel in Edinburgh following the ruling by UK High Court judges in London that the Scottish Parliament does not have the power to hold a second independence referendum.

“They are trying to deny the reality of an election result in a free and fair democracy.”

The spokesman branded criticism of the “denial of democracy” rhetoric from the First Minister as “ridiculous” and that the opposition was standing in the way of a referendum with “everything they say about it”.

He also criticized the suggestion by opposition parties that votes for the SNP in the Holyrood 2021 election were not for an independence referendum and were instead about Sturgeon’s leadership during Covid-19.

“The Tory rhetoric and the opposition rhetoric, primarily the Tory rhetoric on their election material, as FM said in the chamber, made that clear as well. They couldn’t have been clearer.

“Let’s dispense with this rewriting of history because it’s boring.”

The comment came after the SNP’s defense spokesman at Westminster, Stewart McDonald, attacked the use of “prisoner” or “chained” rhetoric. The Prime Minister has used these words in response to questions since the defeat in the Supreme Court.

He said: “So although the court has made it clear that the consent aspect of the union rests with Westminster, we must avoid talking about being imprisoned or chained. Our campaign is not a liberation struggle but a struggle for democratic, social and economic renewal and empowerment.”

He also cast doubt on the effectiveness of a “de facto referendum”, imploring colleagues to ensure that any route was “legal, democratic and sound” and “must do what it says on the tin: it must be able to lead to independence “.

A spokesman for the Scottish Liberal Democrats said the SNP had resorted to “calls[ling] up in the inflammatory rhetoric”. They said: “This is becoming an embarrassing spectacle for the Nationalists. It sounds like the Prime Minister’s spokesman needs a cup of chamomile tea and is lying down. Maybe after that he could advise his boss to get back to work finishing school strikes and tackling long waiting times for NHS treatments.”

A spokesman for Scottish Labor demanded an apology. They said: “This is a truly stupid statement. No credible person could believe that the First Minister genuinely believes this. Her spokesman should retract these absurd comments and apologise.”

Donald Cameron, the Scottish Tory constitutional lawmaker, said Scots do not want another independence referendum and that the SNP is “denying democracy” by “rejecting[ing] to accept the result” of the 2014 referendum.

“These wild comments are a reminder of what we could expect if there was another referendum – and they explain why so many Scots fear another ugly, divisive campaign that would tear families and friends apart again.”

Want to hear more from The Scotsman’s police team? Check out the latest episode of our political podcast, The Steamie.