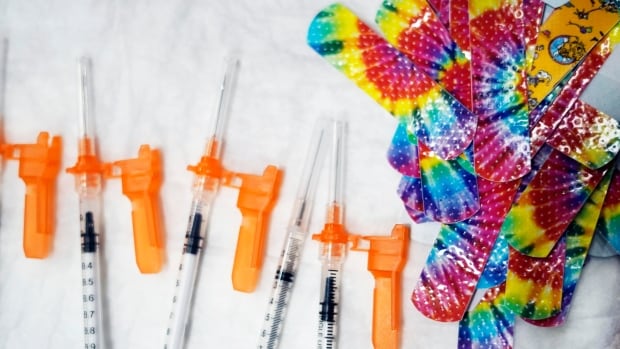 Ontario is reporting 65 new deaths linked to COVID-19, while the number of children under five being vaccinated against the virus is even lower than the relatively low number many experts had expected.

Newly released data from the Ontario Ministry of Health on Thursday showed the number of people in hospital with the virus fell slightly to 1,141 from 1,167 this time last week.

Test positivity on Thursday rose slightly to 13.1 percent, up from 12.2 percent last Thursday.

Meanwhile, shots for the youngest age group have been available for two months, but only about six percent of those children have received their first dose.

Ontario’s Chief Medical Officer of Health, Dr. Kieran Moore, said that is lower than the numbers he thought he would see at this point.

“I certainly want more families to consider vaccinating their children from six months to four years,” particularly high-risk children, he said in an interview.

“We know that we have a higher than five percent percentage of children with an underlying medical condition that may predispose them to have a worse outcome related to COVID, and we would absolutely encourage those parents to consider taking a discussion with your healthcare provider regarding the risks and benefits.”

Many mistakenly believe that COVID is over: epidemiologist

Raywat Deonandan, an epidemiologist and associate professor in the Faculty of Health Sciences at the University of Ottawa, said there are a lot of factors at play that likely contribute to low uptake, but he still would have expected a higher number now.

Many people believe false narratives that the pandemic is over and that children will not get sick when infected with COVID-19, said Deonandan, who also pointed to misinformation about side effects of the vaccine.

The way messages about the safety and effectiveness of the vaccine are communicated to parents matters, Deonandan said.

“This needs to be phrased as, ‘Parents, this is your decision to make, and I want to give you all the transparent information I can so that you make a good choice here,'” he said.

“It’s a delicate balancing act here that we have to do when we talk about this. You don’t want to come across as forcing a foreign thing into your child’s body, as we see that the population is very sensitive to those kinds of narratives. We don’t want to come across as fearmongers trying to force the world back into lockdown… But at the same time, you just want to advocate for the overall health of children.”

The city of Toronto this week pulled a series of videos about COVID-19 vaccinations for children after one suggested children could not go out to play with friends if they were unvaccinated.

“This video missed the mark on that message and should not have been posted,” spokesman Brad Ross wrote in a statement.

“A series of five videos aimed at parents and caregivers about children’s vaccines has been paused while each is reviewed to ensure the messages are clear and unequivocal: vaccines are available for children and they are safe.”

Pediatricians are the ones parents need to listen to right now, Deonandan said.

Moore said the province is hearing from parents that one-on-one conversations are the most effective communication tool.

“When you visit your primary care provider, your pediatrician, you get your standard vaccinations at two months, four months, six months, 12, 15, 18 months — these are all opportunities for families to ask questions about the COVID vaccination,” he said.

“We have work to do to continue our (official) message. That will accelerate as we go indoors and into the fall as we see the risk of contagion increase.”

Dr. Paul Roumeliotis, health officer for the Eastern Ontario Health Unit, said he hopes vaccinations for young children will accelerate through the fall, as he had expected an overall uptake of about 25 to 30 per cent.

He attributed the slow start to the rollout, which began over the summer, to misinformation circulating about the vaccine, as well as a general reluctance on the part of parents when it comes to children that age.

“I’m a pediatrician, I know parents are always hesitant — especially for younger kids and babies — whether it’s a vaccination or any medication that comes out,” he said.

“One of the messages that we have to tell people is that while that vaccine is not as effective as we would like it to be for person-to-person transmission, it is certainly highly effective against serious disease and its complications.”

Dr. Anna Banerji, a pediatrician, infectious disease specialist and associate professor at the University of Toronto’s Dalla Lana School of Public Health, said there is also a complacency factor.

“(People think), ‘Oh, COVID isn’t that bad. It’s just a mild cold in little kids, I don’t really need to worry about it,'” she said.

“There’s a lot, I think, of denial that kids, especially younger kids, can get it and get very, very seriously ill from it.”

A significant increase in infant admissions

Public Health Ontario said in its latest report that there was a notable increase in hospitalizations for infants under one year of age, with 17 children in the week of Sept. 4 to 10 compared to eight the week before. Since the start of the pandemic, 1,268 children in that age group have been hospitalized for COVID-19 — a much higher rate than for older children and teenagers.

Children have a pretty good chance of getting COVID-19 now that schools are back in session, and it’s not just the immediate and possible long-term effects on young children themselves that parents should keep in mind, Banerji said.

“It’s something that can have a significant impact on someone’s life. And so I would do whatever you can to reduce the risk of transmission, which is really what vaccination is.”