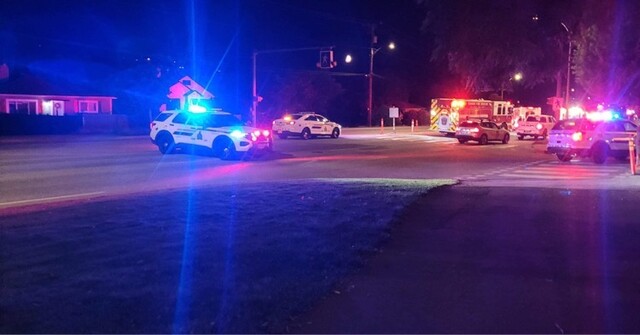 One person appears to have been struck by a vehicle in Vernon overnight, and police continue to investigate Saturday morning.

The collision occurred on 25 Avenue near 37 Street, and police now have 25 Avenue closed between 34 and 41 Street. Although it is not clear when the incident happened, police and fire crews were on the scene at 10.30pm on Friday night.

Police evidence markers line the street and RCMP officers are at the scene to investigate the collision Saturday.

Officers at the scene would not say what happened, but people in the area said one person was struck by a vehicle. There are some clothes on the pavement.

The condition of the affected person is currently unknown.

Police are investigating the scene of the crash on 25 Avenue Saturday morning.