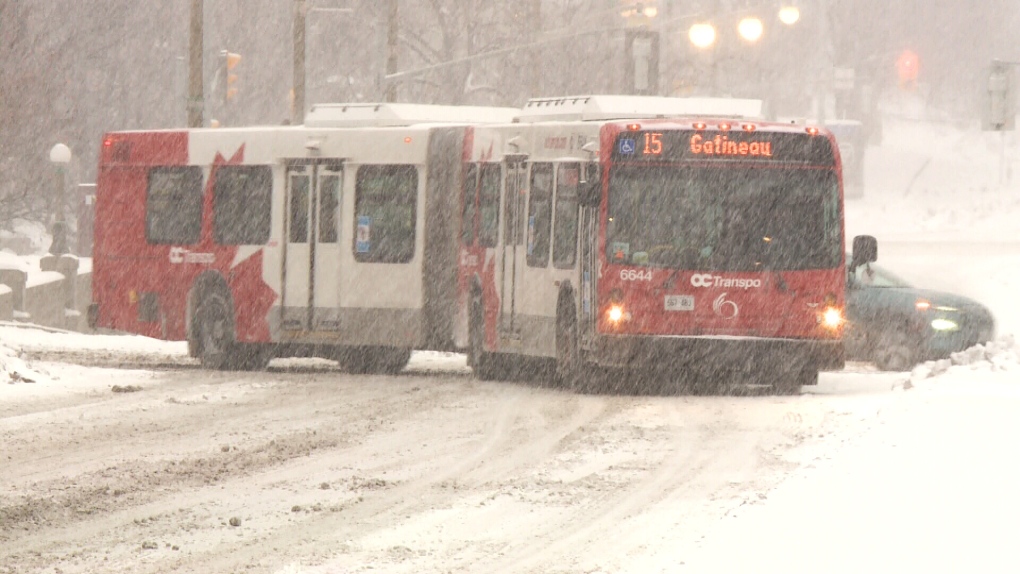 OC Transpo will pull most articulated buses out of service and switch to a Saturday schedule if more than 31 cm of snow is forecast for Ottawa on weekdays this winter.

The transit service is launching a new “Severe Storm Schedule” pilot for weekday buses in preparation for possible heavy snowfall events or other severe weather, after complaints about articulated buses struggling to run during heavy snowfall.

“We work closely with other city departments to plan and implement services in challenging winter conditions.”

The Amalgamated Transit Union said when Ottawa received 18 inches of snow on Jan. 17, at least 150 buses were stuck in snowbanks. The union called on the city to develop a better plan to keep buses running during snowstorms.

Amilcar outlined the plans for the Severe Storm Schedule pilot for buses to the municipal council on Thursday. If the weather forecast calls for 31 cm of snow or more or other severe conditions on weekdays, the following will happen.

There will be no changes to Para Transpo and O-Train service during heavy snow storms.

Amilcar says that when a severe storm is in the forecast for a Saturday or Sunday, the Severe Storm Schedule will not be implemented, but some articulated buses will be replaced with 40-foot and double-decker buses to “improve service reliability.”

OC Transpo plans to launch a “robust communications plan” to inform customers in advance of any bus schedule changes during severe weather, Amilcar said. In December, the OC Transpo Travel Planner will be updated so riders can see how their trip will change during the Severe Storm schedule.