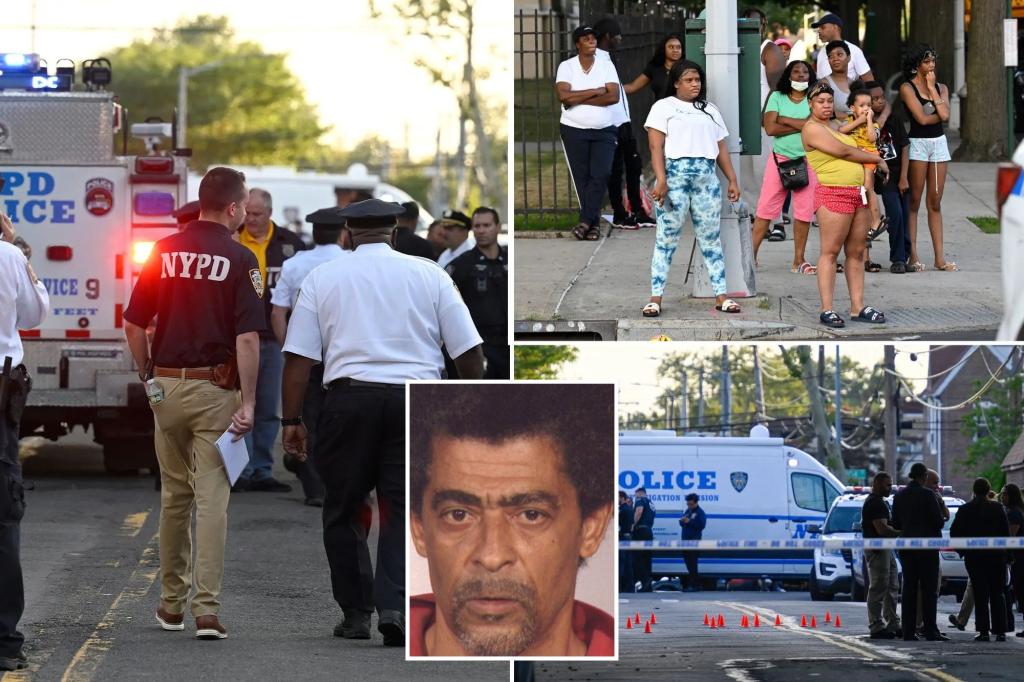 NYPD officers shot a man who threatened to kill the governor and other top officials and said he would “blow up” the world on Saturday night, police and sources said.

Police arrived at 205-17 116th Ave. in Cambria Heights after receiving the threat from a man identified as Raul Hardy shortly after noon. 6 p.m., sources said.

Hardy, 60, said he wanted to “change the government” by assassinating New York Governor Kathy Hochul and the “PD chief,” and also threatened to “blow up” the world, according to law enforcement sources.

Reacting officers shot and wounded the suspect after he opened fire, according to the NYPD.

A cousin of Hardys told The Post that he came to the scene after receiving a call from another relative warning that his aunt was in trouble.

His cousin in Washington called me. He asked me to go over to my aunt’s house because we’re thinking [Hardy] was possibly shot, “said Brian Ware, 56.

“All my life I’ve known he lives there,” Ware said. “We never knew he had any weapons.”

Hardy, who has several previous arrests in the home, performed landscaping work, according to his cousin.

No officers were injured, sources said.