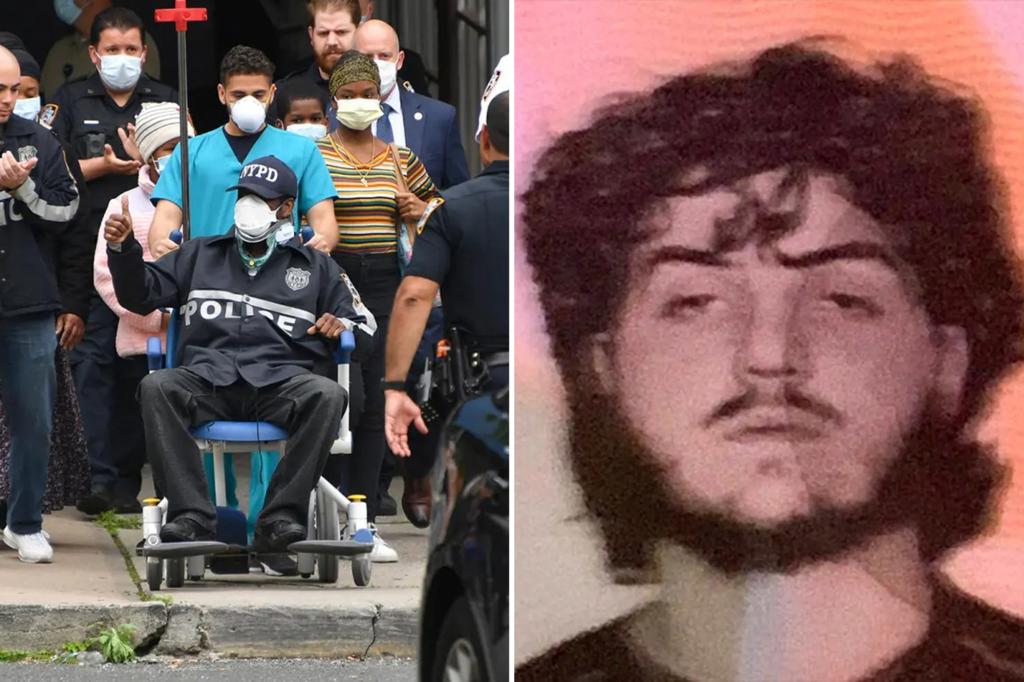 A man from Brooklyn was sentenced to 30 years in prison on Wednesday for stabbing an NYPD officer in the neck and shooting two other officers in an ambush during the 2020 George Floyd protests, authorities said.

Former Flatbush resident Dzenan Camovic, 23, was sentenced by Brooklyn Supreme Court Justice Danny Chun after pleading guilty in March to three counts of aggravated battery against a police officer and other crimes.

Camovic then rushed Ramnarine and threw his knife at him, the Brooklyn District Attorney’s office said.

Wounded, Jean Pierre fired at the attacker, but tripped and lost control of his gun.

Camovic, Bosnian citizen, grabbed the firearm and shot Ramnarine in the hand, police said. He also shot another officer who responded to the scene in the hand.

After the attack, John Miller, then the NYPD’s deputy commissioner for counterterrorism, said that appeared to be terror-relatedbut the authorities showed no connection between Camovic and international terrorist groups.

Camovic allegedly said a hospital worker that he was a “worthless piece of s—t” after the failed assassination attempt.

“I killed two police officers and my religion made me do it,” he told the hospital worker, according to court papers filed after the attack.

Camovic was previously sentenced to 30 years in prison on federal charges, which he will serve concurrently with time in his state case.

“It is a miracle that none of these brave officers were killed when they were ambushed, stabbed and shot by this brazen extremist. We have zero tolerance for violence against our law enforcement colleagues and this lengthy prison sentence holds him accountable for his depraved and unconscionable crimes,” he said.