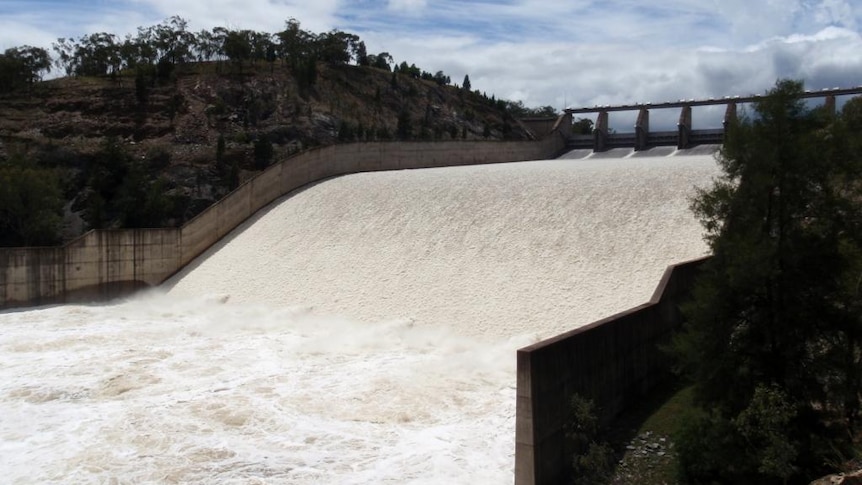 A third La Nina in a row settling down Australia’s east coast will almost certainly bring more rain to dams that are already full to the brim.

More than half of regional NSW’s state-owned dams are at or above capacity and authorities say they have not been this full since the 1990s.

100 percent not what it seems

Reaching capacity is not necessarily cause for panic for flood-prone communities.

“100 percent just means it’s the optimal level, and anything above that is extra water that could potentially be released,” he said.

“Dams will strategically release water ahead of a rain event if it is expected.”

The fine line of water releases

But with heavy rainfall again, there are concerns about how such full dams will cope.

Burrendong Dam in the state’s west is at 130 percent capacity.

“Under normal circumstances you can release that water into the river when the tributaries start to recede, but what we have right now are very high tributaries,” he said.

“Even just 30 to 40 [millimetres of rain] driving enormous amounts of water into the dam, which must then at some point be released into the river downstream.”

Sir. Weber said there hadn’t been enough of a break in the rain to safely release water.

“But these opportunities to make preparations for the next rain event are fleeting, if at all.”

Near Tamworth, a decision had been made to delay major releases to allow tributaries to crest downstream and prevent the impact of flooding at Gunnedah.

They were later increased to 15,000 megaliters a day around midday on Friday.

Should we be worried?

Water NSW had to drastically increase discharges from Burrinjuck Dam near Yass to 100,000 megaliters per day last month after a quarter of its capacity unexpectedly poured in overnight.

It caused major flooding at Gundagai, but Water NSW said at the time that had it not been for the dam, floods would have rushed through the system faster and caused more destruction downstream.

SES says many dams are equipped to handle more rain, with regular releases designed to allow enough air space for a major downpour.

“There are hundreds of dams in NSW and it’s something that most people won’t notice,” Mr Hoppe said.

“Water NSW is providing some really up-to-date and timely information; we’re just asking people to research which dams may affect them.”

Why not lower the dam level completely?

The primary purpose of dams is to ensure that they capture water during wet periods so that it is available during times of drought.

Sir. Weber said the liability was in the eye of the authorities when releasing water due to the “extreme extremes of the drought”.

“Unless there’s certainty that you’re going to receive massive amounts of water, the idea of ​​dropping dams or keeping them 20 percent lower than what they would normally be for convenience really risks disaster,” he said.

“We’re not just managing them for the coming days and weeks, but we really have to think about water security for many years to come.”