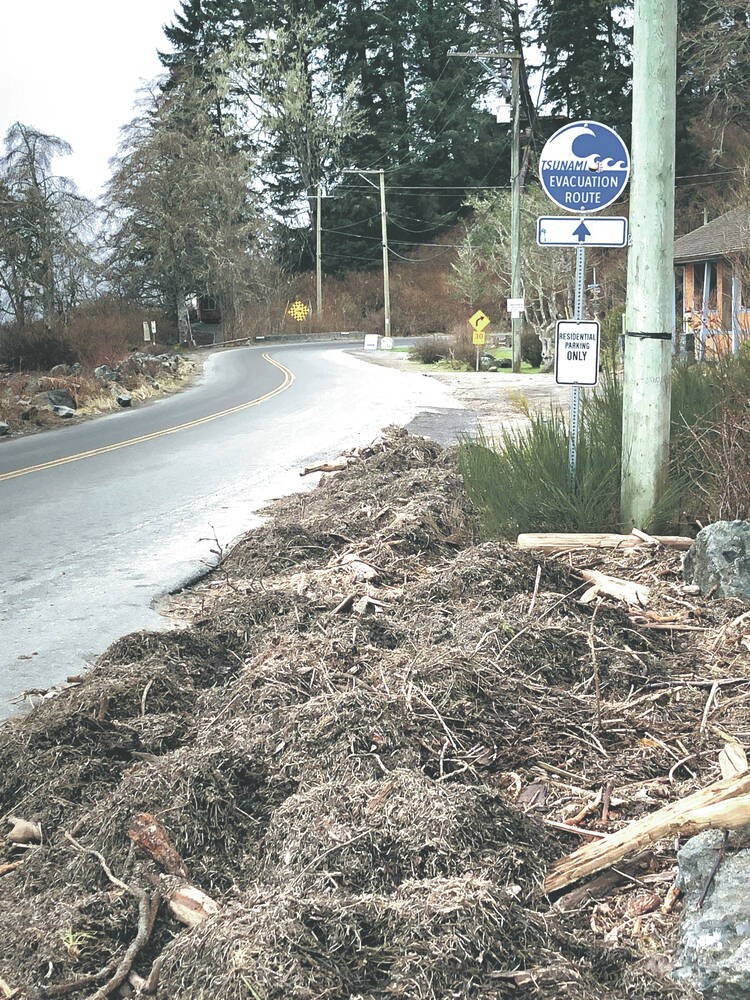 You might think you’re safe being further inland, but it’s all in the lay of the land. Interactive map at PrepareYourself.ca

If you live near Oak Bay Marina or in the residential area that arcs inland past Windsor Park and down towards McNeill Bay, you’re in a tsunami hazard zone.

You might think you’re safe being further inland, but it’s all in the lay of the land.

If a large earthquake hits and triggers waves, sea water and debris could come rushing along a narrow band over Newport Avenue, Transit Road and Central Avenue, inundating homes and endangering hundreds of lives.

Oak Bay residents are not alone. New modeling and an interactive tsunami portal unveiled by the province and Capital Regional District shows most of the region’s coastlines would become hazard zones, and certain areas with low-lying land off the coast and running inland — from Port Renfrew to Sidney — are in danger from surging tsunami waters.

Neighborhoods around Ross Bay in Victoria could be under water, and areas around Sidney could see waves reach the Pat Bay Highway. In Sooke, Port Renfrew and Jordan River, waters could rush far inland via waterways.

John Cassidy, an earthquake seismologist with Natural Resources Canada and Geological Survey of Canada based in Sidney, said the new portal — PrepareYourself.ca — is an excellent tool for people to determine if they are residing, working in or visiting a tsunami hazard zone.

“You can enter your own address and workplace, your children’s school, any of your usual routes and see where you might be susceptible to a tsunami,” said Cassidy.

The CRD said the region has a “one in three probability of a damaging earthquake” in the next 50 years.

While during past tsunami alerts, people have jumped in their cars and headed for Mount Douglas or the Malahat, the general advice is this: If you live in a non-hazard tsunami area, it’s best to stay put, and keep the roads clear for others in the hazard zones and emergency vehicles.

The CRD says the region is an at-risk area for tsunamis from several potential sources, including the Cascadian Subduction Zone, the Alaska-Aleutian Subduction Zone and local shallow faults in the earth’s crust.

The main tsunami risk in the capital region is from a “felt earthquake.” Those are the subduction shakers close by, when chandeliers are swinging and items fall off shelves.

The CRD is urging people living and working in tsunami hazard zones to practice evacuation routes on foot or bike with family, friends or colleagues. Most will not need to travel far to reach safety.

Earthquakes that trigger tsunamis typically involve vertical movement of plates in a strong subduction earthquake, said Cassidy, who gave the example of the wave created when you lift a sheet of plywood in a pool. But he said they can also be triggered by submarine landslides.

Vancouver Island’s largest recorded earthquake — still the largest onshore earthquake in Canada — happened on the morning of June 23, 1946, when a magnitude-7.3 quake centered at Forbidden Plateau west of Courtenay and Campbell River damaged buildings, topped chimneys and sent a tsunami into the Strait of Georgia, capsizing a boat and drowning its operator.

It was felt as far away as Portland, Oregon and did considerable damage in Cumberland, Union Bay, Courtenay, Comox, Port Alberni and Powell River, on the eastern side of the strait.

Then on the night of March 27, 1964, tsunami waves triggered by an earthquake in Anchorage, Alaska traveled up the Alberni Inlet, washing away some homes and damaging others.

Depending on the magnitude and location of the quake, Cassidy said people won’t have a lot of time to move to safety if a tsunami is triggered in the capital region. “If there is very strong shaking from a closer course, that’s a shorter time window,” he said.

A 7.7-magnitude earthquake on Haida Gwaii on Oct. 28, 2012, triggered tsunamis that created three- to five-metre waves that extended into inlets and onto land along 37 kilometers of coastline. Although there are no witnesses to the event and damage to human structures was minimal because it was so remote, researchers found dead fish, driftwood logs and seaweed “tens of meters” from shore.

Pieces of seaweed in tree branches indicate minimum flow depths of up to 2.2 meters above the ground, according to the Geological Survey of Canada and Fisheries and Oceans Canada. At some forest locations, there was evidence of large windfall logs displaced, flipped or rotated from the tsunami flows.

A report said a similar tsunami occurring in the summer would put the lives of kayakers, boaters and campers in inlets at risk.

The tsunami information portal was created by GeoBC — a provincial government organization — using a coastal flood inundation modeling and mapping report developed by Associated Engineering, DHI and Westmar Advisors with funding from the federal and provincial National Disaster Mitigation Program.

The portal is so far only being offered in the CRD, but GeoBC might expand it in the future.