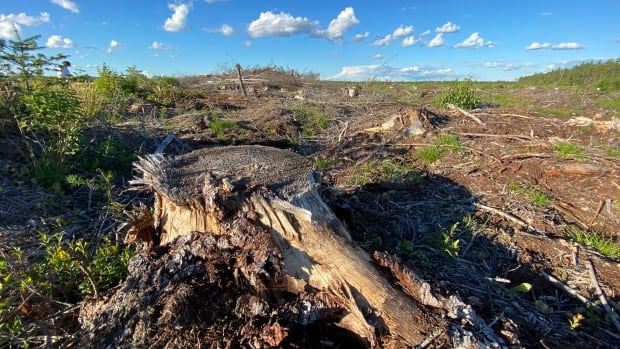 The New Brunswick government reset timber royalties as promised last month, but not all taxes on forest companies increased as the province has suggested, including to MLAs last week.

In one case, royalties charged for cutting softwood pulpwood on Crown land have been cut to such a low level that the wood is now effectively being made available for less than free to companies that cut it.

Liberal finance critic René Legacy said it’s a surprise to him, especially since MLAs on the Legislature’s Public Accounts Committee asked questions about timber taxes to the Department of Natural Resources and Energy Development last week.

“We were on the committee asking questions and there was no indication that this happened,” Legacy said.

“We never seem to get the complete picture.”

Under new rules filed Aug. 30, the province reset what it charges forestry companies to cut down trees in publicly owned forests. Most royalty rates on most types of wood have increased, but with exceptions.

The amounts the province charges forest companies for timber cut from spruce, fir and pine on Crown land fell by more than half in August, from $7.59 to $3.40 per cubic metre.

Other softwood species used for paper pulp, such as red pine, also fell to $3.40 per bushel. cubic meter, but from a previous level of $5.50.

Royalty is now less than fees paid to companies

A $3.40 royalty is too low to generate net revenue for the government because of a $3.90 fee the province is required to return to forestry companies for every cubic meter of eligible timber they cut on Crown land. That includes all pulpwood.

“License management service fee” is listed in the rules as “compensation for forest management expenses” incurred by companies to care for crown forests on behalf of the province.

Because the administrative fee the province owes companies for every cubic meter of softwood they cut for pulp is now 50 cents higher than what the province gets back in royalties, it has become a net loser on softwood pulp that companies take over Crown land.

That amount varies annually, but over the past five years, companies have cut between 150,000 and 260,000 cubic meters of softwood pulpwood from Crown Holdings.

The cut in softwood pulp royalty fees was not mentioned by government forestry officials last week when Legacy and Progressive Conservative MLA Ross Wetmore both raised questions on the subject in the public accounts committee.

Green party leader David Coon, who was also at the committee hearing, was also unaware that royalty rates on softwood pulp had been cut.

“It’s terrible. It’s another big impact on landowners,” said Coon, who wondered if it was done to quell criticism among forestry companies that prices are rising for other types of wood.

“It looks like a quid pro quo to me.”

The company’s vice president of communications, Anne McInerney, referred questions about the royalty changes to the province.

In a written statement, the department said that softwood pulp is a small percentage of wood cut in New Brunswick and that prices paid to private sellers of softwood pulp are already suppressed with the lower royalty rate following this trend and not leads it.

“The softwood pulp market has been relatively weak, and the Department of Natural Resources and Energy Development has seen a significant amount of material either left in the forest during harvesting operations or used instead as roundwood biomass,” the statement said.

“The department expects this new rate to better reflect fair market value and result in better utilization of this resource.”

The department also said other higher-value timber with higher royalty rates is cut at the same time as softwood pulp, earning more than enough so “the Crown never loses money.”