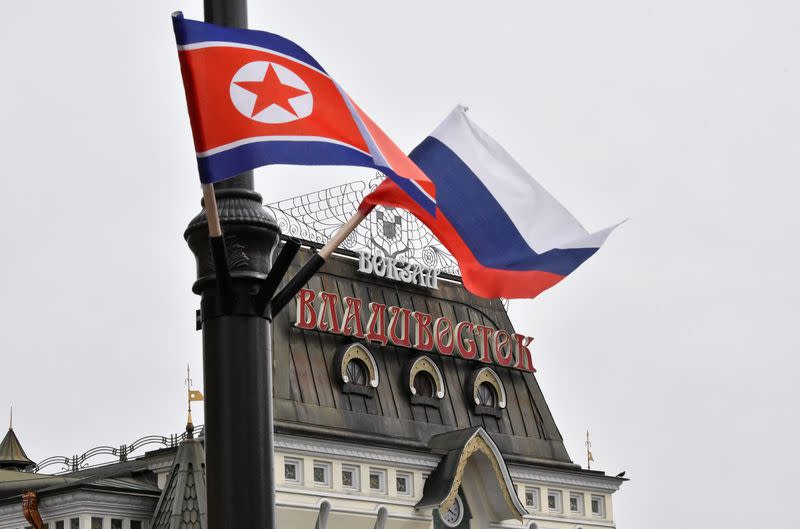 SEOUL (Reuters) – North Korea said on Thursday it has never delivered weapons or ammunition to Russia and has no plans to do so, while warning the United States to “keep its mouth shut” and stop circulating rumors aimed at ” tarnish” the country’s image.

“Recently, the United States and other hostile forces talked about ‘violation of a resolution’ of the UN Security Council and spread a ‘rumor of arms trade’ between the DPRK and Russia … We have never exported arms or ammunition to Russia before, and we will not plan to to export them,” KCNA quoted the country’s deputy director of the General Bureau of Equipment in the Ministry of National Defense as saying in a statement, without naming the official.

US State Department deputy spokesman Vedant Patel said earlier this month that Russia “is in the process of purchasing millions of rockets and artillery shells from North Korea for use in Ukraine.”

The US has also accused Iran of supplying drones to Russia for use in the country’s war in Ukraine, which Tehran has denied.

Russia also denied the allegations and demanded that the United States provide evidence.

Russia and North Korea have recently spoken out about their ties.

Kim also sent a letter to Putin saying the “strategic and tactical cooperation, support and solidarity” between the two countries had reached a new level amid their joint efforts to counter threats and provocations by “hostile military forces”.

Ukraine, which opposes a Russian invasion described by Moscow as a “special military operation”, cut ties with Pyongyang after the reclusive nation in July recognized two Russian-backed breakaway “people’s republics” in eastern Ukraine as independent states.