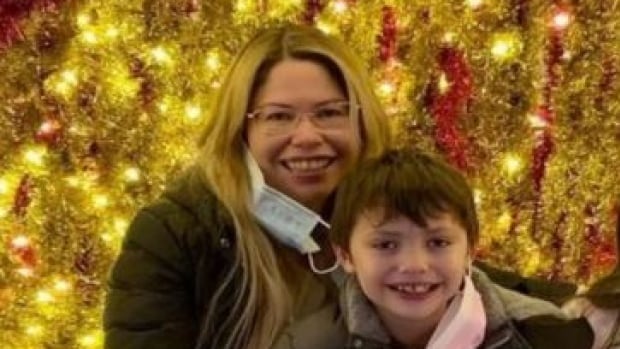 Dawn Walker and her seven-year-old son, Vincent Jansen, have been located alive in Oregon after illegally entering the United States, according to police.

“Both are reported to be safe and well. Agency representatives are currently working out the details to arrange their return to Canada,” said a news release from the Saskatoon Police Service.

They said the mother-son duo was located late Friday morning in cooperation with the United States Department of Homeland Security.

Officials are still working on how to return Jansen to a guardian while Walker is in custody.

“U.S. authorities are considering the implications and any potential action as a result of an illegal entry into the United States. Pending any action by U.S. authorities, Dawn Walker will be returned to Saskatoon to meet with investigators,” police said.

Walker, 48, was first reported missing to police on July 24 after her friends and family failed to hear from her – behavior described as out of character. She had last been seen on July 22 at a business on the 300 block of Owen Manor in Saskatoon.

Walker is the executive director of the Federation of Sovereign Indigenous Nations (FSIN), the organization representing 74 First Nations in Saskatchewan. She is also a noted author who was recently nominated for a National Book Award.

On July 25, police found Walker’s truck and other personal belongings in Chief Whitecap Park, just south of Saskatoon. Police learned that someone in the area had found Walker’s wallet a few days earlier.

The FSIN repeatedly called on the public to help and asked the police to conduct a thorough investigation.

The boy’s father had also appealed to the public for help“desperately begging” people to spread the word about his son’s disappearance.

Volunteers, family, friends and police spent days searching for Walker and her son in the Saskatoon area by land, air and water.

People also donated tens of thousands of dollars to a fundraiser started to help find the boy. The website dedicated to finding “Vinnie” and the fundraising effort was updated Friday afternoon to say news of the fundraiser could be expected soon.

Although Walker and her son have been found, Saskatoon police are still asking anyone with information related to this investigation to call their local police department or Crime Stoppers.

Saskatoon police said they will release more information on Monday.