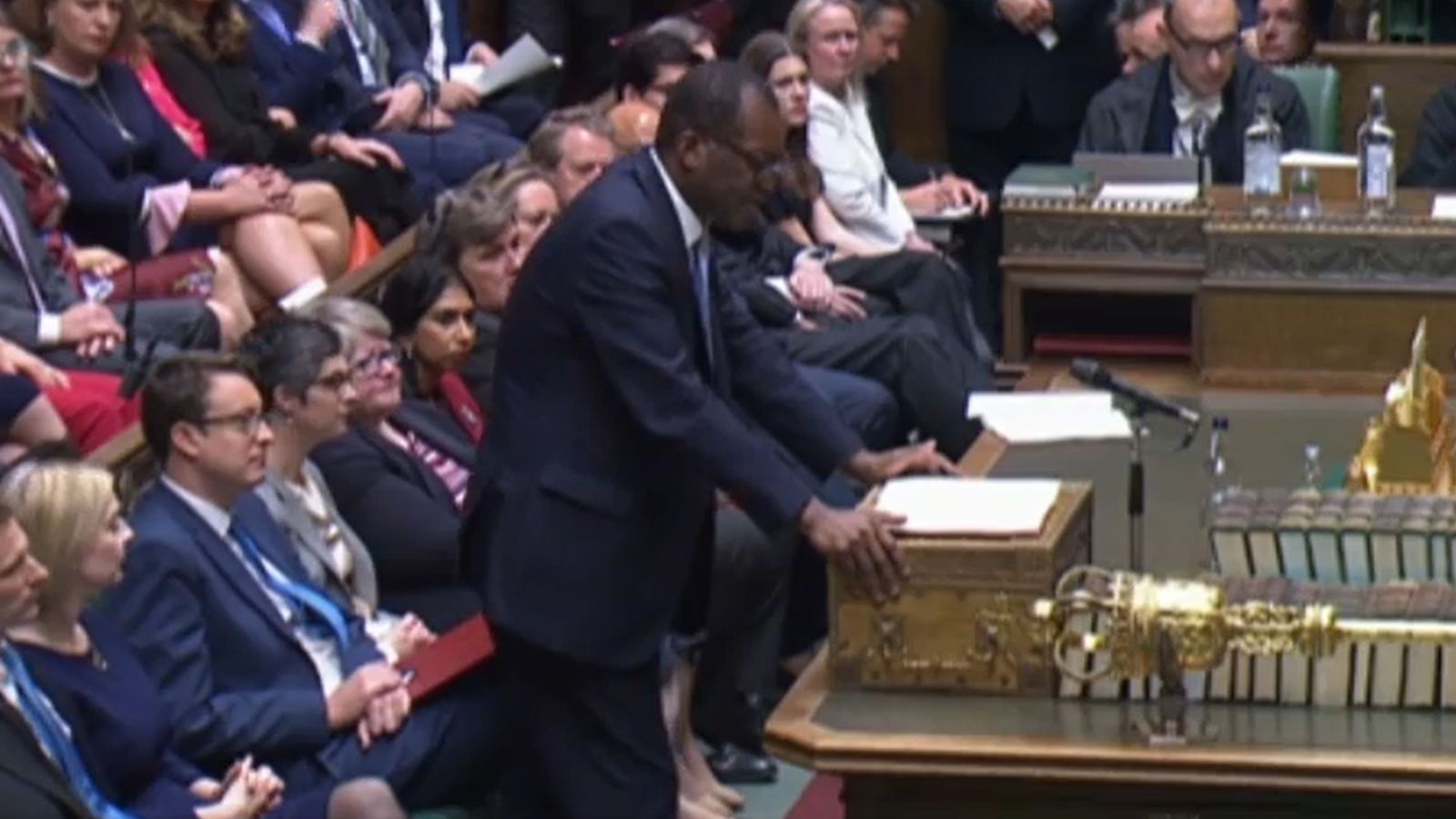 Sir. Kwarteng began his remarks by telling the Commons that energy costs were taking a heavy toll: “People need to know that help is coming”.

• Household bills are to be reduced by an expected £1,400 this year with support from the Energy Price Guarantee and £400 grant.

Millions of the most vulnerable households will receive additional payments, bringing their total savings this year to £2,200.

• Total energy package costs, including business support, over the next six months estimated at £60bn. It is “perfectly appropriate for the Government to use our borrowing powers to fund temporary measures to support families and businesses”.

• The independence of the Bank of England is “sacred”.

• The government will set out its fiscal approach more fully in the future, and the Office for Budget Responsibility will publish an economic and fiscal forecast before the end of the year.

• Will legislate to require unions to put wage offers to membership vote, so strikes can only be called when negotiations have completely broken down.

• To lower taxes for businesses in designated locations for 10 years to support investment, jobs and growth. In talks with 38 local and mayor combined authority areas in England about “investment zones”. Aiming to roll out more widely across the UK.

• The cap on bankers’ bonuses is to be lifted as part of efforts to “reaffirm” Britain’s status as a financial services hub.

• The government will “accelerate reforms” to the superannuation tax cap so that it will no longer apply to “well-designed performance fees”.

• Universal Credit claimants who earn less than the equivalent of 15 hours a week on the National Living Wage must meet regularly with their Work Coach and take active steps to increase their earnings or face having their benefits reduced.

• Planned increase in corporation tax to 25% next year is cancelled. “We will have the lowest corporation tax in the G20. This will plow almost £19 billion a year back into the economy”, said Mr Kwarteng.

• It was already announced that April’s increase in National Insurance is to be reversed from November 6 – saving money for businesses and 28 million workers. The 1.25 percentage point increase was introduced under former chancellor Rishi Sunak.

• The basic rate of income tax will be reduced to 19p in the pound.