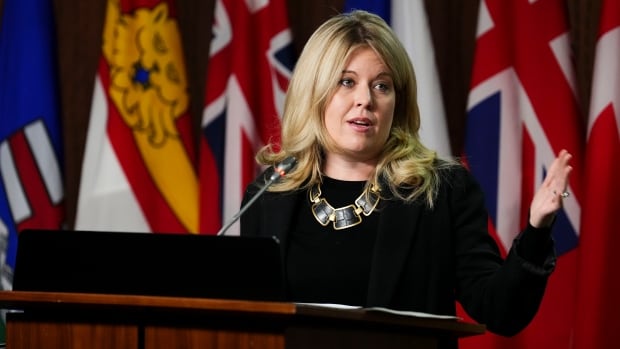 Michelle Rempel Garner says she will not run in the race to lead Alberta’s United Conservative Party, putting an end to weeks of speculation that Calgary Tory MPs would try to replace the outgoing leader, Premier Jason Kenney.

In a blog post Thursday morning, Rempel Garner said that although she was grateful for the many offers of encouragement to run for leadership, she decided against it for two main reasons – that she wants to continue to serve her constituents in Calgary as a federal MP, and the “current internal UCP caucus dynamics.”

“I think the Albertans would be better served if I stayed in the important role they’ve already given me right now, and if I respected the caucus of the UCP by giving it the space it needs to find out. of her stuff, “she said in her post.

I just made a big decision.https://t.co/6hcbZWoT7Q

As recently as Wednesday, signals were still being sent that Rempel Garner was building up for a bid announcement.

The campaign leader for Patrick Brown’s attempt to lead the Federal Conservative Party, Sean Schnell, stepped down from that job to take a role in Rempel Garner’s possible UCP campaign.

Schnell had worked for Rempel Garner’s office before both leadership races began.

On June 15, Calgary Nose Hill’s MP posted a long Twitter thread indicating that she was seriously considering running for Kenney.

“This is not a decision that should be taken lightly by anyone,” she tweeted at the time.

But on Thursday, she announced, despite the fact that “all the stars” were in line and nothing really stopped her, that she had serious concerns about leading the UCP’s caucus.

Rempel Garner says she has heard “there is a significant level of injury and insecurity” in that team.

The MP says there is division within the caucus and questioned how she would be able to lead it as an outsider.

Rempel Garner says not running “has been the hardest decision I’ve ever had to make.”