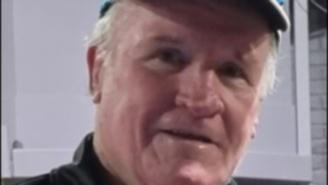 A 70-year-old man who disappeared earlier this week after his car was found abandoned in the bushland near Newman has been found alive by police.

Police had launched a massive search for Michael Gill, who was on his way to Perth from South Hedland on Tuesday.

It is said that Gill drove in a gray 2010 model Toyota Kluger, which was later placed abandoned in bushland about 110 kilometers south of Newman town.

Police had also said they thought Mr Gill could have walked along the Great Northern Highway near the Kumarina Road house on Friday morning.

On Tuesday, a major search was launched for him near where his car was found. Police, SES and air assets, including an AMSA jet, assisted with the search.

But Wednesday night, police announced they had found the 70-year-old.

“Around 11:55 p.m. last night, police officers found Mr. Gill. He was given first aid by location officers before being taken to Newman Hospital for a medical checkup,” police said in a statement.

It is unclear at this time exactly where he was found.