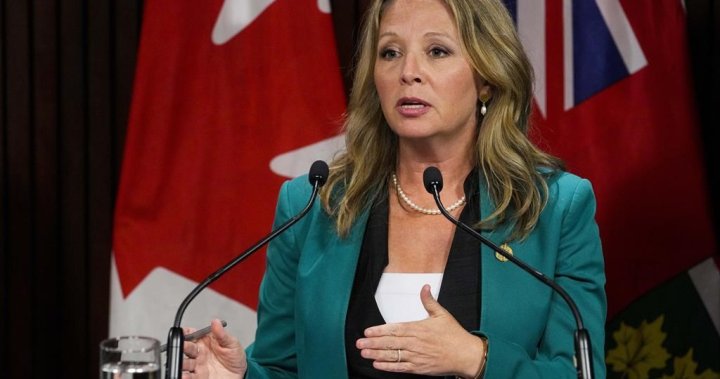 Marit Stiles, the current education critic for Ontario’s New Democratsbecame the first candidate to launch a bid to lead the party on Thursday, saying she is focused on bringing down the Progressive Conservative government.

Stiles, a former school administrator, has represented the Toronto riding of Davenport since 2018 and said she wants to lead Ontario NDP to speak up for the hard working people of the province.

“Just as we’re getting back into public life like this, people are getting hammered by the rising costs of groceries and rent — you name it,” Stiles said at his campaign launch.

“Under Doug Ford’s Conservatives, people are working harder than ever but falling further and further behind. Spending 60 percent of your income on rent, that’s not normal. Waiting 12 hours in an emergency before seeing a doctor is not normal. Seniors are sent to private nursing homes far from their families, this is not normal.”

Horwath, who is now running for mayor of Hamilton, has led the NDP since 2009 and saw it rise from third party to official opposition status in 2018 with 40 seats. But the New Democrats fell to 31 seats in the June election.

The party has said a new leader will be in place by March 2023, and candidates have until December to register for the race.

The first candidate to officially declare she’s in the race, Stiles also kicked off her campaign with endorsements from fellow caucus members Kristyn Wong-Tam, Bhutila Karpoche and Chandra Pasma.

Several members of the NDP caucus have said they are considering potential leadership bids, including Laura Mae Lindo, who represents Kitchener Center, and Wayne Gates, who represents Niagara Falls.

Stiles made his pitch by touting progressive bona fides.

“The New Democratic Party was founded by a coalition of labor and progressives forged together to build political power,” said Stiles, who worked for 10 years with the artists’ union ACTRA.

“These are our roots. They are mine, too. As former director of negotiation and policy, I helped negotiate national agreements, stronger wages, better working conditions, while building coalitions across the labor movement.”

The party has said it is in a strong position financially as well as with its supporters and volunteers.

The leader will be chosen through ranked ballots, meaning voters can select the candidates they prefer in order of preference.