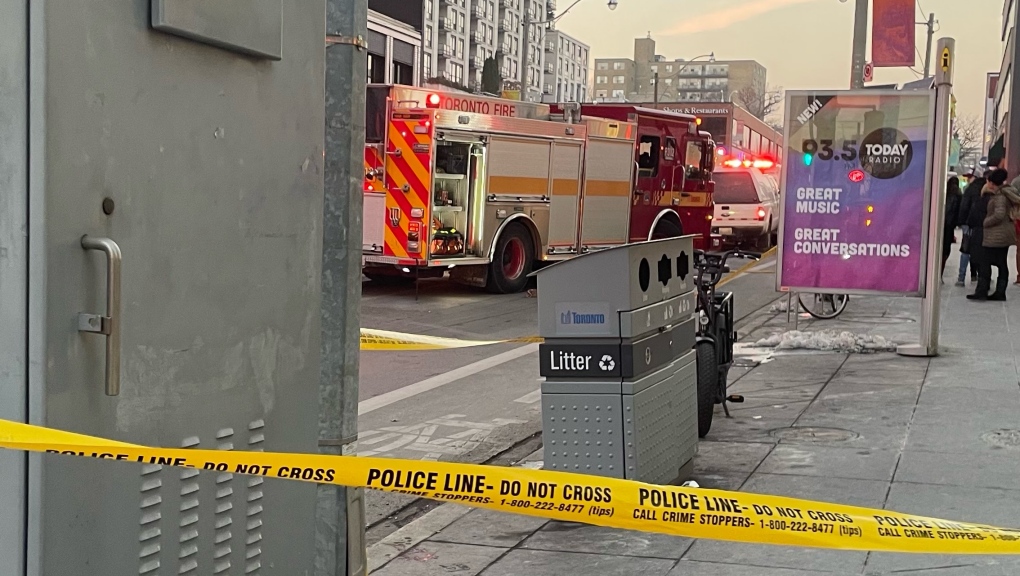 A man has died after being hit and trapped under a vehicle in Toronto Wednesday afternoon.

According to officials, the incident occurred at approximately 4:30 p.m. near Yonge Street and St. Clair Avenue.

A witness who spoke to CTV News Toronto said the man was hit and dragged by a truck before being trapped under the vehicle.

Emergency services pronounced the man dead at the scene and Toronto Fire says they are working to save the victim.

Police say the driver remained at the scene.

The intersection will be closed for several hours, they say.

COLLISION: UPDATE
Yonge St + St. Clair Av@TrafficServices are on site to investigate
– The pedestrian is pronounced dead at the scene
– Anyone with information is asked to contact the police
– The intersection remains closed#GO2286735
^ lb