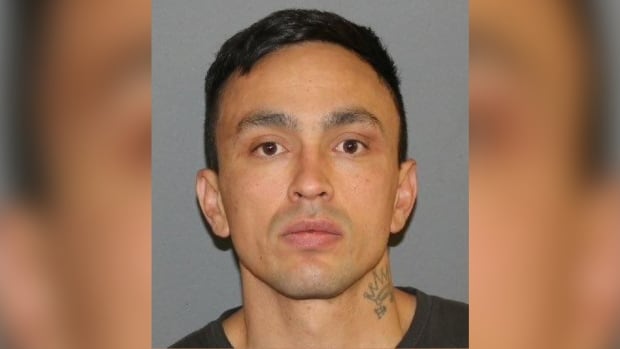 A man believed to be connected to recent shootings in Merritt, BC, has been arrested after a standoff with police, RCMP say.

Ronald Karlson was wanted on a BC-wide warrant for violating his release order that was issued a week ago.

He is believed to be involved in shootings and a kidnapping in Merritt, a small town in BC’s southern interior, in recent weeks.

Investigators have not determined how he may be connected to those shootings, but Sgt. Josh Roda, acting department commander, said Karlson’s arrest was “kind of like the last piece that we needed to put all of this to rest, and we’re really glad we finally did.”

Three other men face firearms and hostage-taking charges after they were arrested Friday following a kidnapping, police said.

Karlson was arrested after police were called to Voght Street and Priest Avenue in Merritt to investigate a report of a “suspicious person” around 10 p.m. 1:30 a.m. PT Wednesday.

Police said when officers arrived, they saw Karlson kick in the back door of a house and rush inside.

The occupants of the house managed to get out and the RCMP’s South East District Emergency Response Team was called to assist.

After a break, Karlson left the home and was arrested.

Karlson remains in custody and is expected to appear in court today.