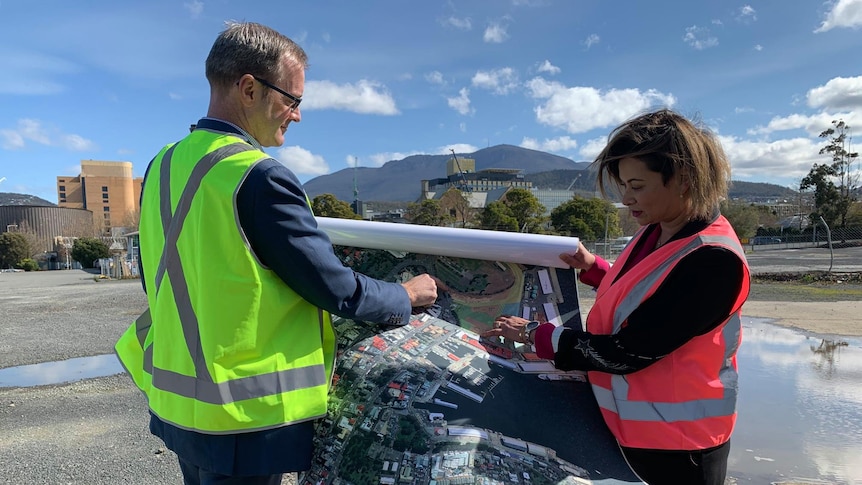 Prime Minister Anthony Albanese has called on the Tasmanian government to “move forward” with developing first-class land on Hobart’s waterfront, which he poured tens of millions of dollars into when he last sat in government a decade ago.

The federal and state Labor governments signed an agreement to develop Macquarie Point in 2012, in which Mr Albanese, then infrastructure minister, pledged $ 50 million to redevelop the site.

When he visited Hobart on Wednesday, Mr Albanese described progress over the last 10 years as “shocking”.

“It was an exciting proposal that was made at the time,” he said.

“It was one that I, as Minister, responsible for cities and urban policy, embraced because what I saw Macquarie Point as doing had the same potential as an area like Barangaroo in Sydney or Southbank in Melbourne.

“The fact that Macquarie Point is currently a pain in the eye … we can do it so much better.”

Macquarie Point is a 9.3-acre site near Hobart’s waterfront and CBD.

In its history, it has functioned as a gasworks, slaughterhouse, timber cargo, railway depot and wastewater treatment plant – and has required extensive remediation to enable development.

In 2021, Macquarie Point Development Corporation announced the successful bidder for the development of part of the site for visitor and residential accommodation and recently announced that a local brewery company would rebuild the event area The Goods Shed.

Short-term “activations” – such as a shared kitchen garden and bicycle path – has also been advertised over the last many years.

In a joint statement, the couple said Ms Massina told State Growth that it was time for new eyes on the project.

It came after Mr Barnett announced an independent review of the site following allegations in Parliament of staff bullying and inappropriate spending.

On Wednesday, Mr Barnett said it was too early to answer whether Mrs Massina would receive a payout when she leaves the organization in July.

“She’s still working for Macquarie Point Development Corporation, she’s on leave at the moment, so that question is premature,” Mr Barnett said.