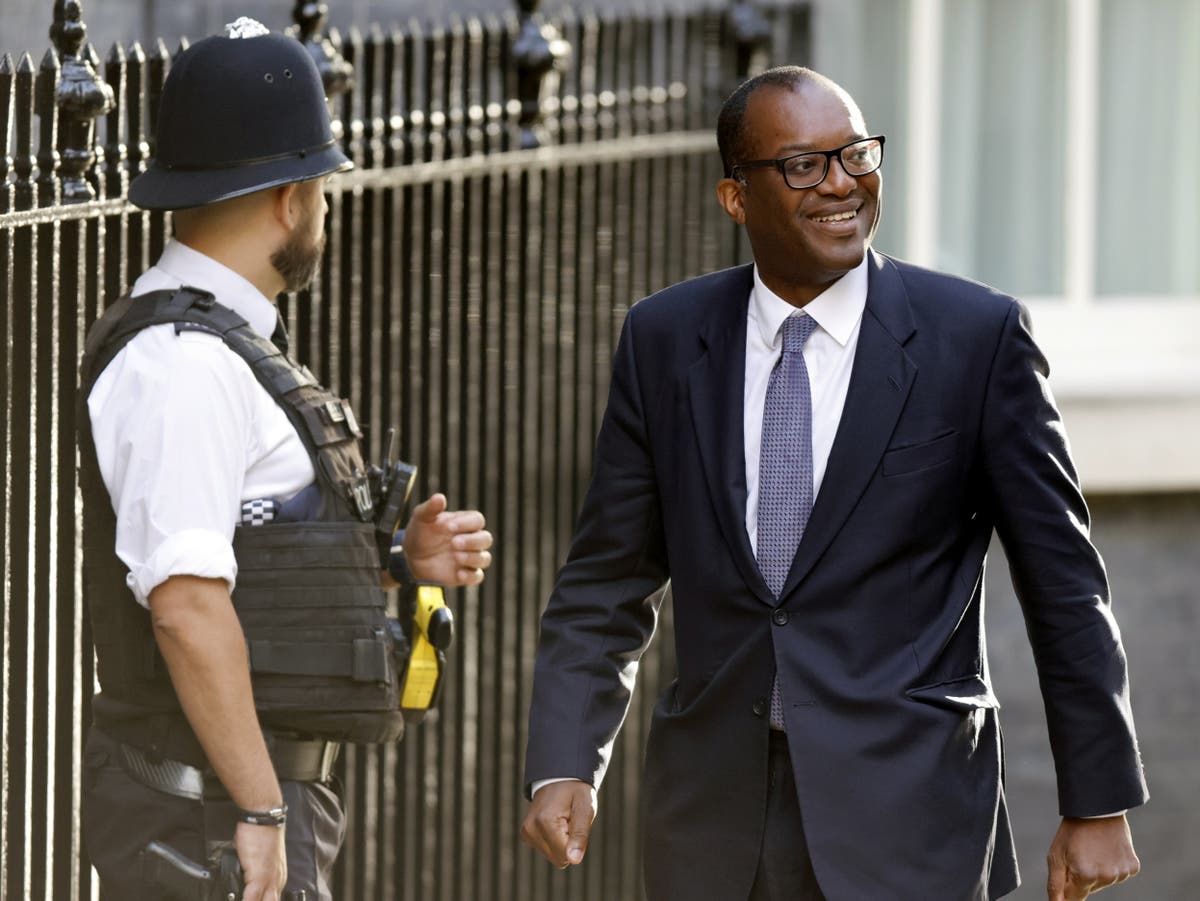 The respected think tank made the comment in front of the chancellor Quasi Quarteng‘s “mini budget” on Friday, where he will detail £30 billion in tax cuts and £100 billion in support for household energy bills.

As it is not a full budget, the government’s plans will not be accompanied by a new economic forecast from the Office for Budget Responsibility, a decision the IFS has called “disappointing”.

With debt potentially set on an “ever-increasing path”, the IFS said the government’s claim that a reduction in tax rates would lead to sustained economic growth was “at best a gamble”.

“Under the new prime minister’s plans, the fiscal targets legislated in January would be missed and although we would now enjoy lower taxes, an ever-increasing debt would ultimately prove unsustainable,” the IFS deputy director said Carl Emmerson.

The government has also been criticized for not considering a windfall tax on profits from energy companies during the Ukraine war.

The government lifts the moratorium on fracking

The government has lifted its moratorium on fracking in England and says the move will increase the country’s energy security.

The new licensing round is expected to lead to over 100 new licenses, the business department announced Thursday.

Business and Energy Secretary Jacob Rees-Mogg said: “In light of Putin’s illegal invasion of Ukraine and weaponization of energy, strengthening our energy security is an absolute priority and – as the Prime Minister said – we will ensure that the UK is a net energy exporter by 2040.

“To get there we will need to explore all the options available to us through solar, wind, oil and gas generation – so it is right that we have lifted the pause on realizing any potential sources of domestic gas.”

Deputy Prime Minister Therese Coffey has defended the move to cut benefits for part-time workers if they fail to look into working more hours.

She said the government wanted to get more claimants into work – as well as targeting “people doing a very limited amount of work”. The approach would help drive economic growth, the Tory frontbencher claimed.

She told LBC: “That’s why we’re continuing to expand the number of people who are currently on benefits about how we can help them find maybe higher paid work or to take on more hours.”

“This is a combined approach to recognize that we want to improve the lives and prosperity of people in this country,” she added.

Earlier this week, Chris Cornelius, the founder of Cuadrilla, a fracking company, said the government’s support for it was a “political gesture”.

“I don’t think there is any chance of fracking in the UK in the short term,” he said The Guardian.

The Institute for Fiscal Studies (IFS) has hit out at the government’s economic plans, warning that its borrowing levels could be “unsustainable”.

Truss tells striking workers to ‘get back to work’

Liz Truss has said striking workers should “get back to work”, adding she was still “committed” to introducing measures to curb industrial action.

The government plans to introduce anti-strike legislation that will enforce a minimum level of service and raise the threshold for the number of workers to take part in strike ballots.

If Truss’s ‘mini-Budget’ does not generate growth, her entire project may be doomed

Liz Truss’ entire project could be in danger if her “mini-budget” does not create growth, writes Andrew Grice.

Her chancellor, Kwasi Kwarteng, is expected to tear up the economic playbook that has guided the Conservatives since they took power in 2010.

On Friday, he announces a mix of tax cuts and economic reforms, with the aim of ensuring growth of 2.5 percent a year.

However, critics suggest his borrowing plans could put more pressure on the ailing economy.

If Truss’s ‘mini-Budget’ fails, her entire project could be doomed | Andrew Grice

This ‘financial event’ will not only define Truss’s government in the eyes of voters after the hiatus following the Queen’s death, but is also likely to decide its fate, writes Andrew Grice

Almost 400,000 workers are set to receive a pay rise after an increase to the “real living wage” agreed by thousands of businesses and organizations was brought forward.

The rates are higher than the government’s statutory £9.50 an hour for adults and are paid by more than 11,000 employers accredited by the Living Wage Foundation.

Almost 400,000 workers are to receive the boost

More than 100,000 people in part-time work could face a cut in benefits if they do not seek more hours, the chancellor is expected to announce.

Kwasi Kwarteng will unveil a significant shake-up of the welfare system during his “mini-budget” on Friday.

Unless claimants take “active steps” to increase earnings, their Universal Credit payments may be reduced.

The Institute for Fiscal Studies (IFS) has calculated that the combination of higher spending and tax cuts means government borrowing will hit £100 billion a year – more than double official forecasts last March.

With debt potentially set on an “ever-increasing path”, the IFS said the government’s claim that a reduction in tax rates would lead to sustained economic growth was “at best a gamble”.

IFS Deputy Director Carl Emmerson said: “Under the new Prime Minister’s plans, the fiscal targets legislated in January would be missed and while we would enjoy lower taxes now, an ever-increasing debt would ultimately prove to be unsustainable.”

The Prime Minister stressed that the energy crisis is “the biggest issue we face” as she defended potentially breaking a Tory manifesto pledge to lift the fracking ban.

Liz Truss insisted she will not approve “anything that carries a risk”, but the government has yet to provide evidence that hydraulic shale gas extraction is safe.

The Conservative manifesto for 2019 promised not to lift England’s moratorium unless fracking was scientifically proven to be safe due to earthquake concerns.

The Conservatives promised in 2019 not to lift England’s moratorium unless fracking was scientifically proven to be safe.