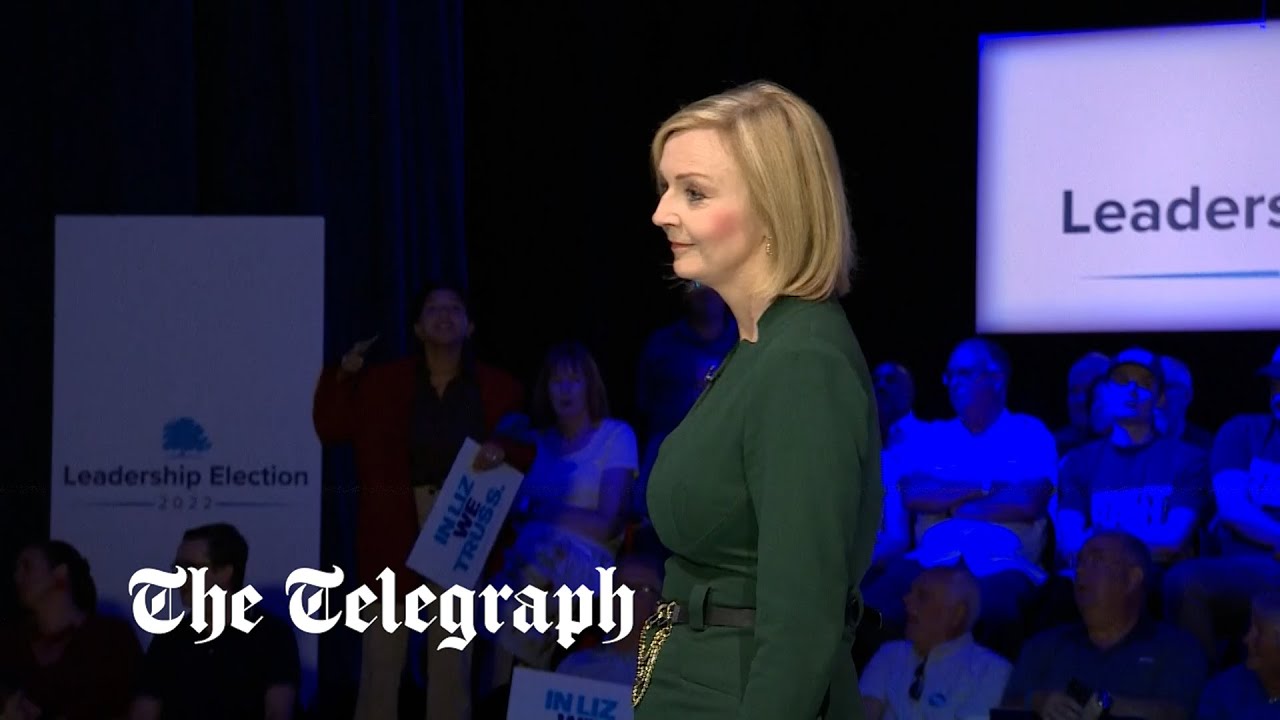 The Foreign Secretary said she would pass new laws to stop hard-line unions and activists “trying to disrupt our democratic process and our essential services”.

She had just taken to the stage at The Winter Garden Theater when a female protester interrupted her opening remarks and shouted “shame on you Liz Truss”.

As the first woman was collared and led out by security, four other protesters shouted from a stage area and called for a “Green New Deal”.

One, still holding an “In Liz We Truss” placard, screamed “we just want fair trade” and “good jobs” at the former trade secretary and insisted “we want to win”.