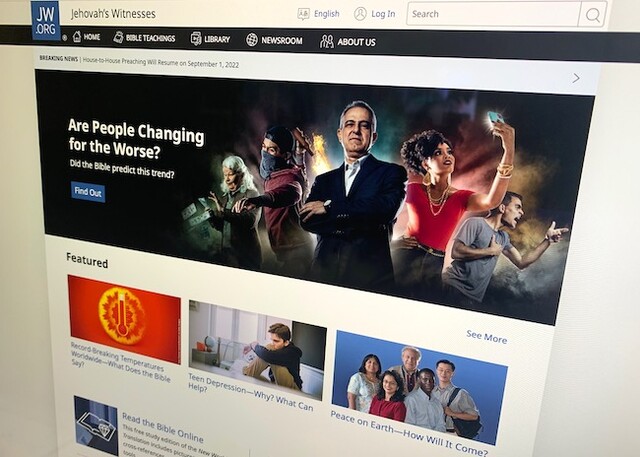 Congregations of Jehovah’s Witnesses in Coldstream and Grand Forks have been ordered to turn over documents to the Office of the Information and Privacy Commissioner.

In a June 20 ruling by Chief Justice Elizabeth Barker, the commission ruled that the church must turn over records of two former members so it can decide “what access to the records, if any, the applicants should be given.”

Last year, a BC Supreme Court judge stayed a lawsuit by the Watch Tower Bible and Tract Society of Canada, saying the privacy commission is the best place to make a decision.

The church had refused to hand over personal records requested by former Jehovah’s Witnesses Gregory Westgarde and Gabriel-Liberty Wall.

The two former members are seeking to get their personal records back.

The congregations denied the requests, arguing that the records are confidential and that compelling production violates their constitutional rights.

The church believes that the Personal Data Protection Act does not apply to it, but the judge disagreed.

While Barker found that measures in PIPA violate religious freedom, this violation is justified under the Canadian Charter of Rights and Freedoms.

Barker said the congregations have not established that PIPA violates freedom of speech, freedom of association or unreasonable search and seizure under the Charter.

The church, meanwhile, has filed for judicial review, said its lawyer, Jayden MacEwan of W. Glen How & Associates.

Commission documents reveal that the congregations denied access on the grounds that the records were “confidential
religious communication.”

The case could not be resolved through mediation and proceeded to investigation.

Jehovah’s Witnesses do not have paid ministers. Instead, each congregation has a group of volunteer, appointed elders who are responsible for taking spiritual direction.

The Watch Tower Bible and Tract Society, meanwhile, is a charitable religious society whose purposes include: “To initiate or defend legal proceedings to preserve freedom of religion, speech, assembly and press; to uphold the fundamental rule of law and freedoms set forth in the Constitution of Canada.” “

Several years after Westgarde left Jehovah’s Witnesses, he asked the Grand Forks congregation to give him a copy of all records containing information about him.

Liberty Wall did the same 10 years after leaving the Coldstream congregation. The church initially told him it did not have any of his personal information, but later revised its response to say that his personal information was in a register that “constitutes a confidential religious communication, privileged under common law and charter. “

“Respondents have not produced the disputed records for me to review in this inquiry,” Barker wrote in his decision. “They argue that disclosure of the records to anyone, including the commissioner, would violate the Charter rights and freedoms of all the elders of the two congregations and all other elders and Jehovah’s Witnesses in British Columbia.

“Respondents’ uncontradicted evidence is that the elders are ecclesiastical appointees. In particular, the elders say they did not prepare the records as part of their responsibility to the congregations; rather, they prepared them “as part of a ‘sacred ecclesiastical duty’ to God to help ‘restore those who fail’ and preserve ‘the moral and spiritual integrity of our congregations’ in the collective sense of the religious denomination of Jehovah’s Witnesses.”

The church was ordered to hand over the records on August 3, but has requested a review in the BC Supreme Court to halt the process.

A decision in the case could have ramifications across the country for congregations that have records of former members.