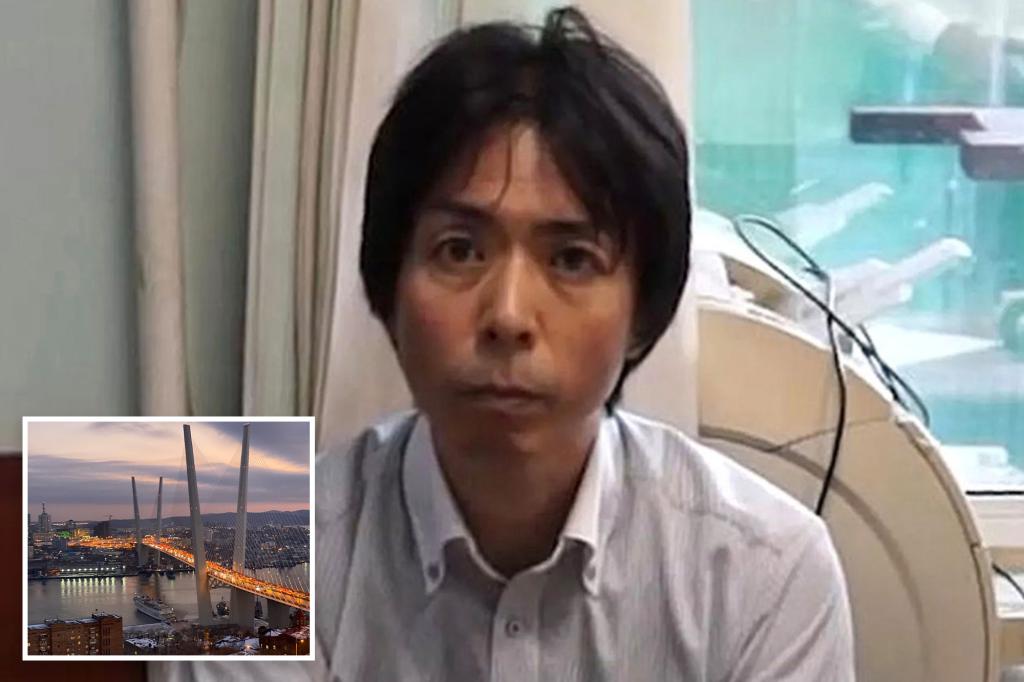 Japan demanded a formal apology from Russia – and threatened retaliation – after claiming its diplomat was “blindfolded and restrained” while being questioned by the Federal Security Service over suspected espionage.

Japanese Foreign Minister Yoshimasa Hayashi said Tatsunori Motoki, a consul based in the eastern Russian city of Vladivostok, had been subjected to a “coercive interrogation” at the hands of security agents.

The security agency, known as the FSB, said Monday that Motoki was declared persona non grata and ordered to leave Russia after he was caught “in the act” of receiving secret information about the effects of Western sanctions on the economic situation in Russia’s far the east.

It said the classified information, which also related to Russia’s cooperation with an unnamed Asia-Pacific country, had been obtained in exchange for a “monetary reward.”

Moscow has protested to Tokyo over the consul’s actions through diplomatic channels, the agency said. Motoki was released after a few hours of detention.

Tokyo has filed a “strong protest” against the detention and signaled it may retaliate, Japan’s Chief Cabinet Secretary Hirokazu Matsuno told a media briefing on Tuesday.

Matsuno, Japan’s top government spokesman, said Moscow took the consul into custody in an “intimidating manner”, blindfolded and exerting pressure on his hands and head while interrogating him in an “overbearing manner”, which was ” a clear violation of the Vienna Convention”. on diplomatic relations.”

“The detained consul was not involved in any illegal activity,” Matsuno said, adding that the Japanese deputy foreign minister told the Russian ambassador to Japan that Tokyo “needs to take corresponding steps” and demanded a formal apology from Moscow.

The released consul will leave Russia by Wednesday, Matsuno said.

Russia considers Japan an enemy country, along with the United States, Britain and nations in the European Union that have joined Ukraine.