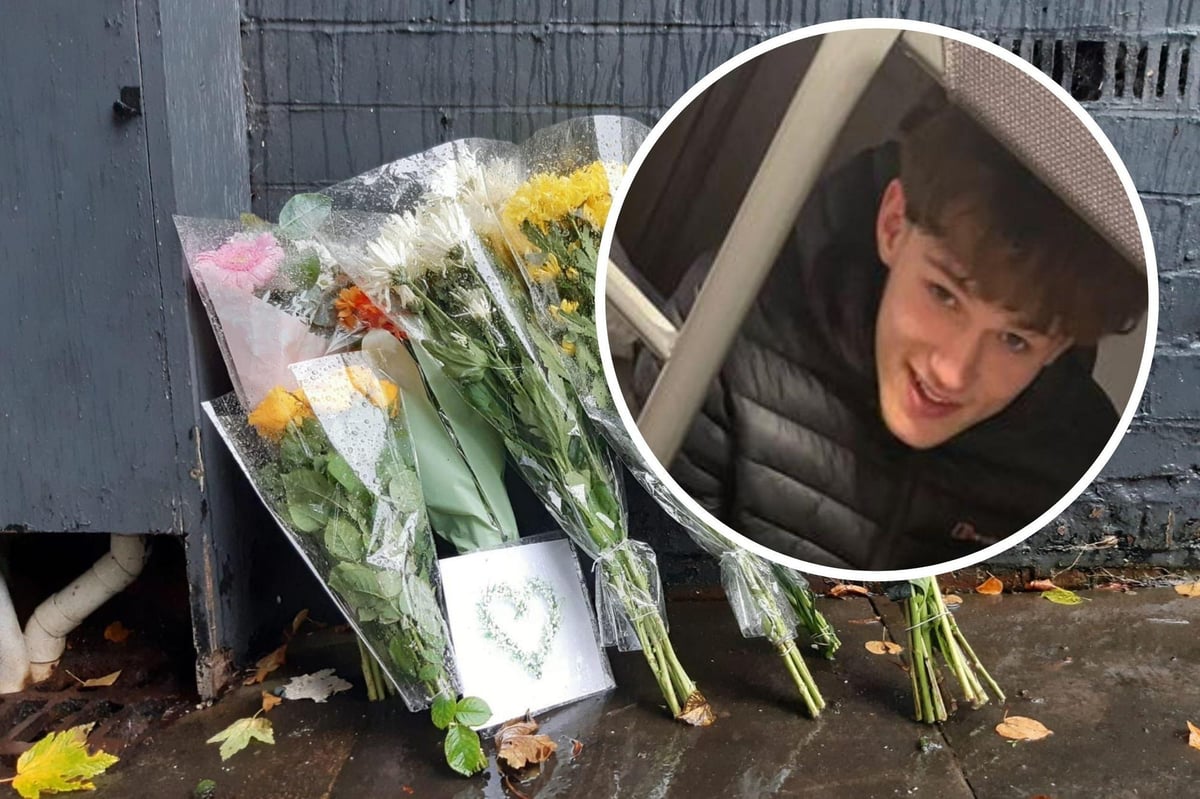 Register to our daily newsletter

Jack was fatally stabbed after being “surrounded and isolated” by a gang of youths who chased him down an alleyway.

Prosecutors said the group had gone out “looking for serious trouble that day” and tried to “create conflict” with Jack as they were “looking for any excuse to attack someone”.

Jack Woodley, inmate, died after being attacked on his way home from Houghton Feast in October 2021.

Register to our daily newsletter

At Newcastle Crown Court on Friday, August 5, the 15-year-old who inflicted the fatal wound by stabbing Jack in the back was jailed for a minimum of 17 years.

Judge Rodney Jameson QC sentenced the other nine defendants, who are aged between 14 and 18 and cannot be named for legal reasons, to minimum terms of between eight and 15 years in custody.

He told them that if they are then released, they will remain on license for the rest of their lives. The total minimum terms for all the defendants are 124 years and six months.

Nine of the young people had denied murder and manslaughter. A youth pleaded guilty to manslaughter and admitted stabbing Jack but denied intending to kill him.

The 10 youths will be sentenced at Newcastle Crown Court today (Friday, August 5).

At the start of the trial in March, prosecutor Mark McKone QC said that while only one youth stabbed the 18-year-old, the other nine were guilty because of the “concept of joint enterprise”.

The defendants’ sentences in their entirety

Judge Jameson sentenced the teenager who inflicted the fatal knife wound to a minimum term of 17 years.

Jack’s family have spoken of their tragic loss and how the teenager’s death will haunt them forever.

He told him: “You have a previous conviction for possessing a knife in 2020.

“You stabbed Jack once in the right hip, you did that while he was being punched, kicked and stamped on by others.

“You had the opportunity to retreat. Instead, you chose your moment while Jack was still under attack and fatally stabbed him in the back.”

Nicholas Lumley QC, defending the teenager who inflicted the fatal stab, said in mitigation that it was a single blow that happened in a “matter of seconds”.

Sir. Lumley said it was not due to a “pre-existing desire for revenge” and that the youngster feels “remorse, shame and regret”, but added that he will be rehabilitated in custody.

*The two teenagers who collected the knife and brought it to the scene, both aged 17, were jailed for life with a minimum term of 15 years each.

The court heard that while they did not intend to kill, their cases were aggravated by the fact that they were involved in the delivery of the weapon.

*A 16-year-old teenager was sentenced to 13-and-a-half years as a minimum for his role in the killing after Jack was followed and attacked.

*Another of the youths, aged 14, was heard shouting “get the helicopter out” in reference to the weapon and was in possession of a knuckle duster.

The judge handed him a minimum sentence of 13 years and told him he must have known his co-defendant was armed with the knife and he “encouraged its use”.

*A 16-year-old, who was 15 at the time of Jack’s death, was seen on mobile phone footage moving towards the fight while covering his face.

He was sentenced to a minimum term of 11 years.

*Another of the teenagers, who was 17 at the time of the attack but is now 18, was also given a minimum term of 11 years after the judge said he was the most “heavily disguised” of the attackers.

*A third defendant, now 16, was given a minimum term of 11 years after he struggled with Jack before realizing he was the victim, but the judge rejected his plea.

*Another of the youths, who was 14 at the time, told police he fought one of Jack’s friends, but the judge told him that would have prevented Jack from getting help during the fatal attack.

It was accepted that he was not a leader of the group and he was ordered to serve at least 10 years.

*The youngest of the 10 defendants, who was 14 at the time of the killing and has an IQ of just 66, was ordered to serve life with a minimum term of eight years.

Liam O’Brien, mitigating for the youngest of the defendants, said: “He fully appreciates that he must be punished for his part in the murder of Jack Woodley”.

The court heard some of the teenagers gave character references to the court.

One was described as “well behaved and polite” and another “acted out of character”.

Peter Willock QC told the court that one of the teenagers showed traits of autism and ADHD in an assessment carried out after his sentence, which could have caused him to act more impulsively.

One of the youths wrote a letter to the court stating that he intended to be rehabilitated, while another was described as “lacking self-confidence” and not intending to kill.

‘Regret is not remorse’

Sentencing, Judge Jameson said: “No sentence can give Jack back to his family and loved ones or reduce the pain they will endure now and in the future.

“It may seem unfair that you will be able to live in freedom while you are still young men, while Jack cannot because of what you did.”

The court heard that Jack was due to start a job on the Monday after he was attacked. He had also recently collected keys to a new flat in Sunderland.

The group had attacked Jack “solely for the thrill and pleasure of inflicting serious harm on a completely innocent and randomly selected stranger”, Judge Jameson said.

He said six of the teenagers had given evidence at the trial but none “were prepared to tell the truth about what the others did”.

He added: “You decided to put the interests of yourself and your co-defendants before those of Jack and his family. You did everything you could to deny them justice.

“I’m sure you regret what happened for many reasons, but regret is not remorse.”

Judge Jameson told the teenager who stabbed Jack: “I have concluded that you intended to kill when you inflicted the second stab wound. I accept that intention may have been formed in the heat of the moment.

“However, this is the kind of escalation that can occur when violence is carried out mob-led and armed with a deadly knife.”

The family will be ‘forever haunted’ by the teenager’s murder

During an earlier court hearing this week, Ms McGill said the whole family would be “forever haunted by how horrific Jack’s injuries were”.

In an earlier statement, she told the court: “Jack was my reason to live and succeed in life. From the moment Jack was born he brought light and love to us all.

“In the months leading up to October, Jack had sat and passed his English and Maths Level 3, CSCS Operatives Card, Forklift Truck License and had secured a job with Amazon which he was due to start on the Monday after his death.

“Jack had also secured his own home and had received the keys to this on the day he was attacked. We were all very proud of Jack and it must have been a very exciting time in his life.

“The devastation of losing Jack is huge and far-reaching. The trauma of reliving this whole incident over a long trial has had a devastating effect on all of us. We can’t see a way to recover from this.

“We feel imprisoned by our grief and trauma.

“We will never again be able to share treasured family moments with our ‘naughty, quirky blue-eyed boy’.”