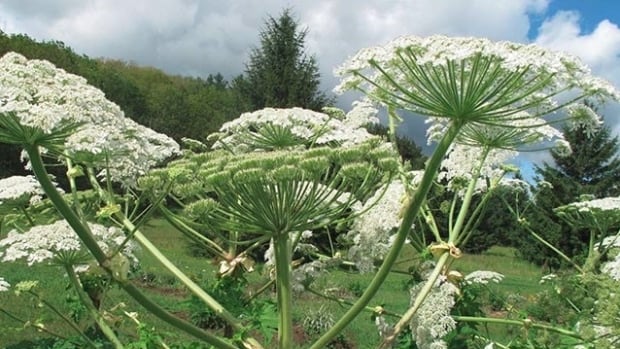 A plant considered a dangerous weed has been discovered in the Don Valley area, Metrolinx said in a warning to the public.

Metrolinx, the province’s regional transit agency, said in a warning this week that its crews found Giant Hogweed, a harmful and leafy plant that is an invasive species, along the tracks in the Richmond Hill train corridor and in Toronto’s parkland recently.

The plant grows near the railroad corridor between ET Seton Park to the east and the Bayview driveway to Don Valley Parkway to the west, Metrolinx said.

Giant Hogweed, also known as giant cow parsnip, has a clear aqueous juice that contains dangerous toxins, according to the Ontario Department of the Environment. Anyone exposed to the juice can be severely burned if these areas are then exposed to sunlight. Symptoms, ie extremely painful blisters, appear within two days after exposure.

“Giant Hogweed has the ability to spread easily and grow along roadsides, ditches and streams,” Emily Cosburn, Metrolinx’s head of environmental safety, said in a press release.

“That’s why we are immediately reporting these sightings to the Ontario Invasive Species reporting portal, and we are actively working to remove the plants from Metrolinx’s property.”

According to the city, Giant Hogweed has been identified in many parks and trails across Toronto, and staff are actively trying to control it. The city said residents should not try to remove the plants themselves, but should call 311 when they see it penetrating paths.

“City staff routinely monitor parks, trails and green spaces for dangerous and invasive plant species and take action where necessary, including removing it or installing signs at the trail entrances,” Alex Burke, a spokesman for the city, said in the statement.

The city will remove the Giant Hogweed, which grows within a meter of a stingray. Any Giant Bear Claw that grows in natural areas beyond one meter is usually not disturbed to provide benefits to the surrounding wildlife, the city said.

According to the ministry, Giant Bear Claw can grow 2.4 to 4.2 meters tall and has unevenly shaped leaves. It produces clusters of white flowers in the shape of an umbrella.