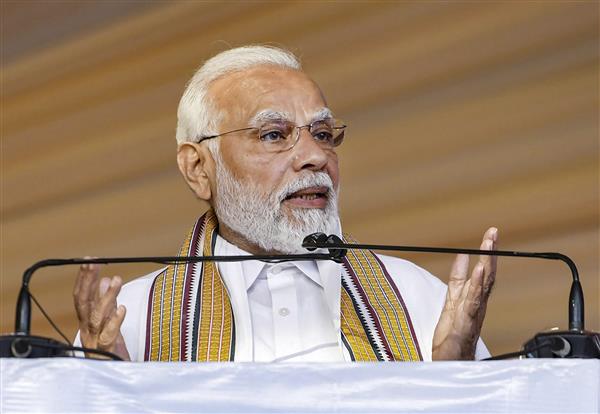 India is outraged by a reference to Prime Minister Narendra Modi by a US State Department official as he defended the immunity it had granted to Saudi Arabian ruler Mohammad bin Sultan, who faces allegations of killing journalist Jamal Khashoggi.

“Frankly, I don’t understand how the comment about Prime Minister Modi was either relevant, necessary or contextual,” said foreign affairs spokesman Arindam Bagchi, responding to questions about a US official referring to Modi while explaining the reasons for grant immunity to the Saudis. ruler.

“Our two countries enjoy a very special relationship which is growing from strength to strength and we look forward to working with the US to deepen it further,” he said, referring to India-US bilateral ties.

When asked about granting immunity to the Saudi crown prince over the killing of journalist Jamal Khashoggi, US State Department Deputy Spokesman Vedant Patel said in a briefing last Friday that this is not the first time the US has done this and that it has been used . to a number of heads of state in the past, including Prime Minister Modi, according to reports.

Bagchi also said reports about the Prime Minister’s visit to the US in December were incorrect.

“No suggestion of a visit by the Prime Minister to the US in December has been made from our side. Media reports in this regard are wrong,” Bagchi said.

He also dismissed social media posts about “false comments” attributed to External Affairs Minister S Jaishankar and White House spokesperson regarding the brief bilateral meeting between Modi and US President Joe Biden on the sidelines of the recent G-20 summit in Bali .

“We have seen some incorrect postings on social media that attribute false statements to the Minister of Foreign Affairs, who has not commented on this to the press or on social media. It also attributes false statements to the White House press secretary. So I would request you all not to give credence to such incorrect information,” Bagchi said.

He said the prime minister met Biden on a number of occasions during the Bali summit, including a brief bilateral meeting and a trilateral meeting involving Indonesian President Joko Widodo.

“During these interactions, they exchanged views on a number of issues. Our press releases and tweets, as well as the Secretary of State’s briefing in Bali, encapsulate all of these conversations.