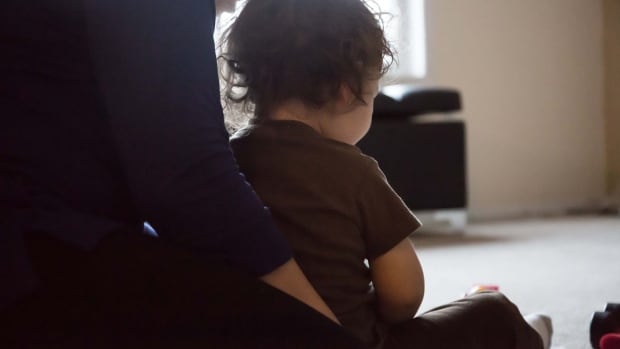 The BC Human Rights Tribunal has awarded $150,000 to an Indigenous mother who lost access to all four of her children, in a scathing and “unprecedented” ruling against Canada’s longest-running Indigenous childcare agency.

In a decision released Wednesday, tribunal member Devyn Cousineau found that the Vancouver Aboriginal Child and Family Services Society (VACFSS) based decisions about the woman’s custody rights on “stereotypes of her as an Indigenous mother with mental health issues.”

The award is the second highest in the court’s history.

“This is an unprecedented complaint. It exposes systemic forces of discrimination and their profound impact on a Native mother,” Cousineau wrote.

“In my view, it is a complaint that warrants an award at the highest end of human rights damages.”

A cascade of conflicts

The 151-page order details the involvement of the woman – known as RR – with both BC’s Child and Family Services Ministry and VACFSS, which only became involved in RR’s case in April 2016, 13 years after the birth of her first child.

According to the decision, RR identifies as Afro-Indigenous and was raised in the Pacific Northwest by parents who were both multi-generational survivors of the home school system.

She had her first child in 2003, when she was 20. The ministry got involved six days later, prompted in part by concerns about her history with drugs and alcohol.

The woman lost contact with three of her children in 2013, but regained custody later that year. In 2014, she gave birth to a son who died of viral infections at the age of five months.

RR was cleared of any wrongdoing in the boy’s death, but Cousineau noted that “persistent suspicion cast a shadow over her records with child welfare authorities” in the events leading up to the complaint.

Activism seen as ‘a direct threat’

According to the ruling, the incident that triggered a cascade of conflicts with VACFSS was a 2016 complaint by RR’s oldest child, who alleged that RR “had physically assaulted her.”

The teenager later retracted the claim, but the resulting investigation led to the children being removed from her care and placed in foster care.

In the years that followed, Cousineau said, RR saw her visits with her children limited and ultimately cut off as she tried to “understand and complete the steps that VACFSS wanted her to take to return the children.”

The decision says the agency raised concerns about RR’s decisions to speak on a radio program about child welfare and her plans to organize a rally, seeing her “activism as a direct threat to its operations and the safety of people accessing its services.”

She was barred from the agency’s office and lost total access to her children for six months in 2018, during which she became homeless, the police got involved, and RR took her case to court.

The woman was only reunited with her children in 2019 after a native law decision, where the parties agreed on temporary custody on the conditions RR secure housing, and that the family’s files be transferred back to the Ministry of Children and Family Services.

‘A Lens of Stereotype’

In reaching her decision, Cousineau said the evidence showed VACFSS did not have reasonable grounds to believe RR’s children faced a likelihood of physical or emotional harm.

“Rather, the heart of this alleged child protection concern was RR’s conflict with VACFSS,” the decision said.

Cousineau says the case highlights the effects of colonialism on the child welfare system and “the profound power imbalance between caregivers on the one hand and the many people and professionals empowered to make or influence decisions about their children on the other.”

“This is what happened to RR. As I have said, VACFSS’ records and its evidence in this hearing contained numerous comments about RR that were derogatory and judgmental,” Cousineau writes.

“Overall, I am satisfied that VACFSS viewed RR through a stereotypical lens throughout the relevant period. This prevented VACFSS from assessing the actual needs of its children and caused it to view RR as an adversary and threat.”

The decision states that RR’s race and disability were a factor in the board’s decisions to continue the detention.

“VACFSS invoked stereotypical assumptions to view RR’s trauma, drug use, conflict with the child welfare system, and the intergenerational impacts of residential schools as risk factors for the children,” the ruling said.

“RR’s fear and distrust of the child protection system was based on her life experience as an Indigenous woman. This distrust was at the root of her conflict with VACFSS and required a human rights response.”

‘Precedent … will reverberate across the country’

“The decision is a victory for RR as an individual,” Bharmal said. “But the precedent it sets will reverberate across the country.”

VACFSS issued a written statement Wednesday said it “recognizes the pain” RR has been through and “the challenges her children faced because of their circumstances and history.”

The statement said VACFSS is currently reviewing the decision, “but note[s] that the focus of the decision was on the mother’s rights, while from VACFSS’s perspective, parents’ rights must be balanced with children’s well-being and our responsibility to care for and honor each child as a ‘sacred bundle’.”

It goes on to say that VACFSS is already prioritizing policies and training on how to best serve Indigenous families, “but we will explore other experiences and continue to improve and expand our collaborative efforts and processes, including ongoing partnerships with First Nations communities across Canada.”

According to the resolution, VACFSS was founded by First Nations leaders to “stem the flow of Aboriginal children entering government care” and offer an alternative to colonial child welfare.

“Its roots in Vancouver’s urban Indigenous community and significant efforts to mitigate or eliminate the discriminatory effects of child welfare are important and acknowledged,” Cousineau writes.

“At the same time, it remains committed to applying provincial child welfare legislation.”

Bharmal says the agency still operated under what he described as a “command and control system with its roots evolving from the home care system.”

“So even when you have an agency that is supposed to be more aligned and aware of these issues, it can still fall under the same discriminatory and biased attitudes.”