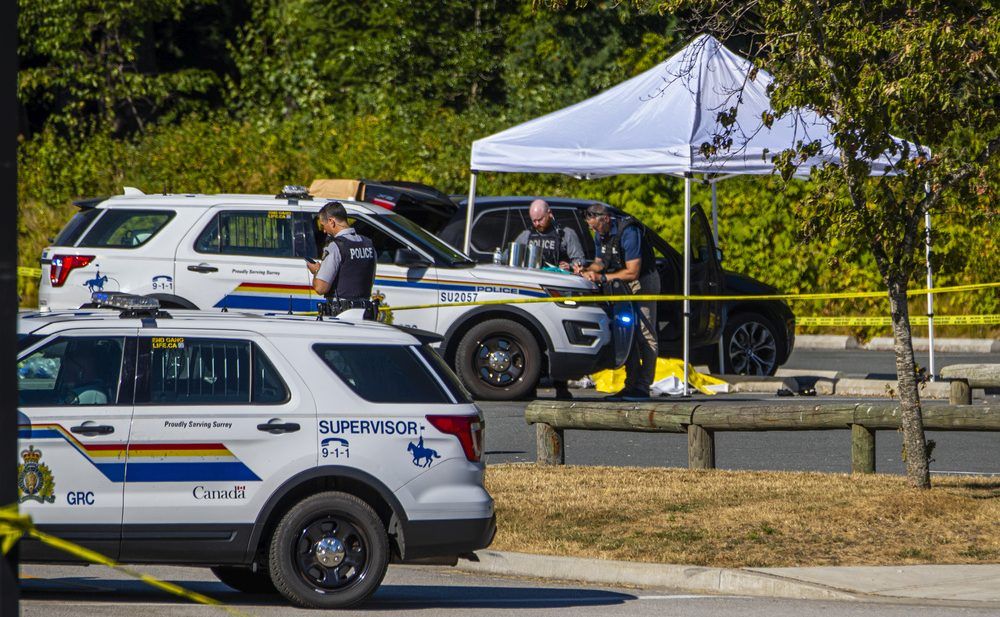 The Integrated Homicide Investigation Team is in charge of the case and has identified the three victims as 26-year-old Harbir Khosa, 20-year-old Robeen Soreni and 19-year-old Jordan Krishna.

Investigators believe the shooting was targeted and connected to the gang war in the Lower Mainland.

On Friday, police searched a home near the park. One person was arrested, but no charges have been filed.

IHIT is appealing for witnesses who may have been in the area of ​​the South Surrey Athletic Park car park around 14:30 on 30 July. Police say the victims arrived at the park in a black 2010 BMW X5 and the shooter likely ran away.

“We have established a timeline of the black BMW X5 arriving at the park around 2:27 p.m. and the shooting occurring right after,” said IHIT Sgt. David Lee, “the shooter then fled on foot westbound out of the park.”

Anyone with information about the shooting or the suspect is asked to call the IHIT Information Line at 1-877-551-IHIT (4448) or by email at ihitinfo@rcmp-grc.gc.ca.

More news, less ads: Our in-depth journalism is possible thanks to the support of our subscribers. For just $3.50 a week, you can get unlimited ad-lite access to The Vancouver Sun, The Province, National Post and 13 other Canadian news sites. Support us by subscribing today: Vancouver Sun | The province.