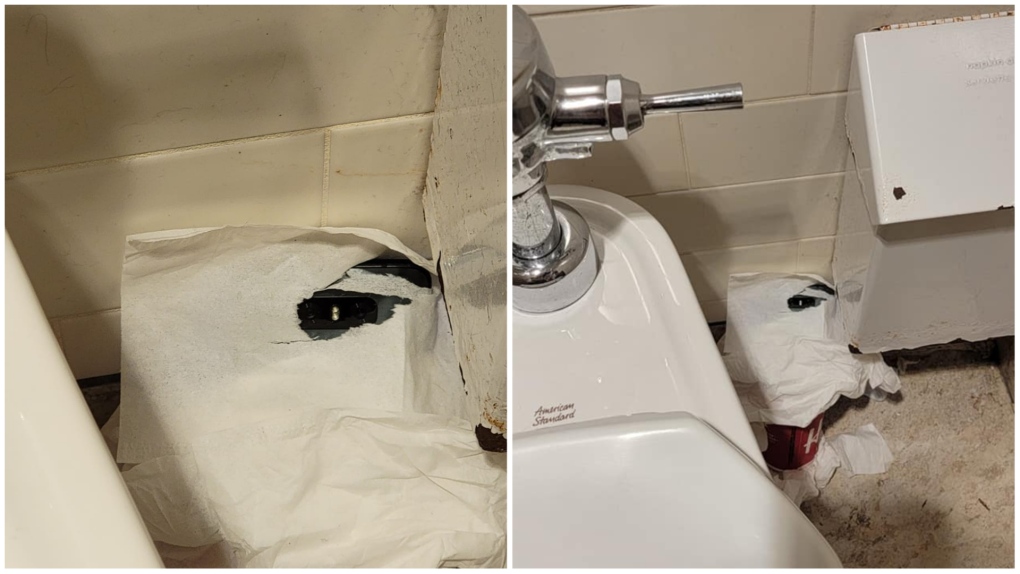 An Ontario woman is issuing a warning after she says a hidden camera was found inside a Tim Hortons restaurant.

Hamilton resident Emily Hasler told CTV News Toronto that her sister found the camera around 11 on September 22 at a Tim Hortons, located at 30 Queenston Roadwhen she was with her little child.

“After my niece finished using the bathroom, my sister-in-law was cleaning her up and noticed there was a camera hidden in the corner,” she said.

A phone had reportedly been placed in a pile of trash with a small opening around the camera. She said the phone was attached to a battery pack which could have allowed the camera to work for longer.

Photos added to Facebook show the phone was placed in an empty Tim Hortons cup with what appears to be tissue paper on top.

Hasler said the restaurant manager was notified and a security camera showed what appeared to be a man entering the bathroom with the device.

“The men’s bathroom was closed due to plumbing issues,” Hasler said. “I guess they made the men use the women’s bathroom, which I guess would be the time the guy got in there unnoticed.”

A phone with a camera is seen in a trash pile at a Hamilton Tim Horton’s in the east end. (Emily Hasler)

The police have confirmed this they are investigating the incident and said when officers attended the scene the cell phone was still recording.

The investigation is ongoing.

“It’s like a violation,” Hasler said. “You just feel gross after that.”

“You don’t know it wasn’t streaming. Was it just recording? We don’t know.”

Hasler said the east end coffee shop is close to an elementary school and by the end of the day there are usually many students inside buying treats and drinks.

The family is now issuing a warning to others to be aware of their surroundings.

“I go to the bathroom all the time. I don’t think, ‘Hey, do I have to look around for a camera?’ But the reality is that there are sick people out there.”