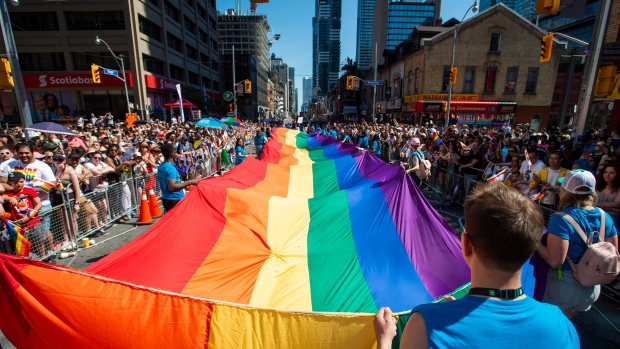 Several major events will take place in the city this weekend, including the return of the Toronto Pride Parade to downtown streets after a two-year hiatus due to COVID-19.

Pride Toronto’s weekend festivities will also feature the Trans Pride March on Friday and the Dyke March on Saturday. In addition to Pride events, the 35th TD Toronto Jazz Festival will also be held in the city center.

If you are going to some of the events of the weekend, here is what you need to know about which roads will be closed.

Pride Remembrance Run Wellesley Street will be closed between Jarvis Street to Queen’s Park Crescent East and Queen’s Park from College Street to Bloor Street West on Sunday from 07:00 to 12:00

Pride Parade – The following streets will be closed on Sundays:

For other Pride events this weekend, check out Pride Toronto’s website.

Fairbank Summerfest: Eglinton Avenue West will be closed from Ronald Avenue to Dufferin Street from 6 p.m. 07.00 Friday to kl. 03.00 Monday.

There are no planned metro closures this weekend. However, the following bus and tram routes will redirect to accommodate events: