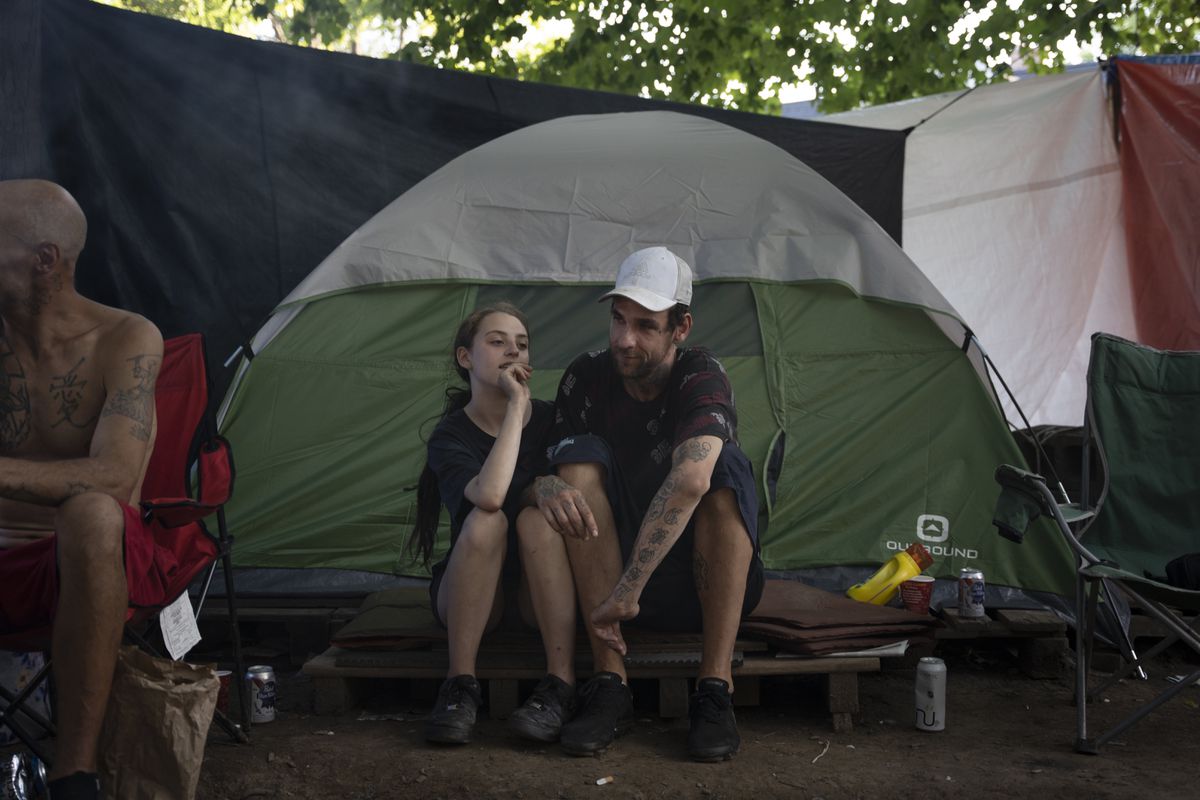 Police may need to be used to clear homeless people from a tent camp in a city park because “comprehensive” alternative efforts have not worked, Halifax Mayor Mike Savage said Thursday.

Last month, the city cited health and safety concerns, including a rat infestation, when it told people living in Meagher Park to vacate by July 17 so work could begin cleaning up the park. Homeless people have been staying in the park for about a year.

“People have the right to housing. That doesn’t mean they have the right to choose exactly where they want to be placed, as long as we provide them with reasonable, safe, accessible and sustainable options,” Savage said in an interview.

“And that’s what we’ve been working towards,” he said, noting the creation of 64 modular housing units in Halifax and Dartmouth and planned affordable housing projects with the provincial and federal governments.

The Affordable Housing Association of Nova Scotia reported that as of Tuesday, there are 643 unhoused people in Halifax, a number that has increased by more than 20 since mid-June. The city has 200 shelter beds.

During a special meeting Tuesday, councilors approved a plan that allows the city to call on Halifax Regional Police to remove those still living in Meagher Park after the deadline to leave expires.

Max Chauvin, the city’s special project manager on homelessness, said during the meeting that neighbors of the park are concerned about the presence of people camping in tents, and there have been reports of violence and yelling at the park, as well as feces and needles.

“We have people who have reported to us that they have developed PTSD from these experiences,” Chauvin told the council.

In June, the city approved four parks where up to 32 homeless people can pitch tents and receive services, including running water and bathrooms, but Meagher Park, near the city center, was not on the list.

Savage said the city is not considering making Meagher Park a designated tent site because it is near a school and a playground, but the city is willing to establish more outdoor shelter sites if it identifies more “suitable sites .”

Calista Hills, a volunteer who works with the people living in Meagher Park, said in an interview Tuesday that some of the nine people currently living there have considered moving to one of the four approved tent sites , but they fear losing the sense of community and the support provided in the park.

Hills is concerned that the city’s decision to involve police in a park eviction could result in violence, as it did last August, when police used pepper spray and arrested 24 people protesting the removal of temporary wooden shelters outside the former public library.

Savage said the city and police “do not want this to escalate into a difficult situation.”

Halifax housing advocacy groups PADS Community Network said in a statement Tuesday that Nova Scotia’s response to the growing housing and homelessness crisis is inadequate and that “policing evictions of people in tents and shelters is wrong, especially when there are no better options.”

The mayor said the city’s outreach staff is still working to connect with people in the park and see if they are willing to relocate voluntarily.

If the city decides it’s time to call in the police, the executive director of parks and recreation will call the Halifax Regional Police. Savage did not provide a timeline for when the city might make that call.

This story was produced with financial assistance from Meta and the Canadian Press News Fellowship.

Our Morning Update and Evening Update newsletters are written by Globe editors, giving you a concise overview of the day’s most important headlines. Register today.