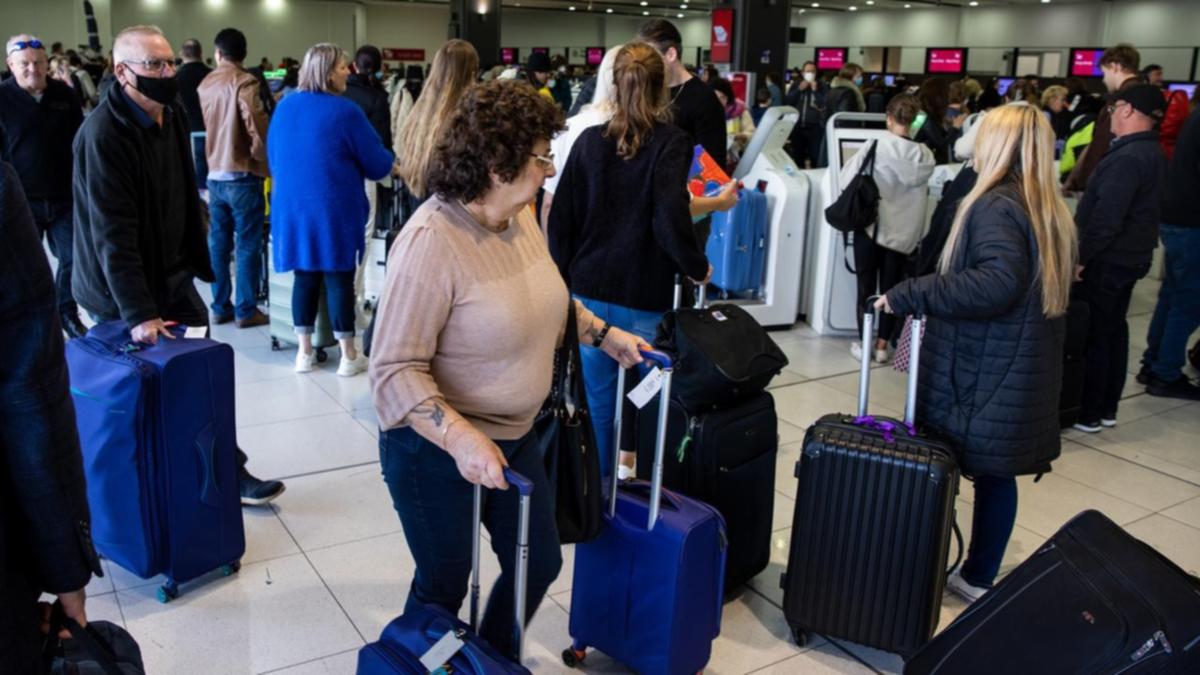 An Omicron variant of COVID0-19 that can evade vaccine immunity is on the rise in Victoria, and health authorities are warning that it is on track to become the state’s largest strain in line with virus spread in NSW and Queensland.

Traces of the BA.4 / BA.5 strain in Victoria’s metro and regional wastewater “have increased significantly in recent weeks, indicating increasing transmission of this subfamily into the community,” Victoria Chief Health Officer Brett Sutton said in a statement Saturday.

Sir. Sutton said the BA.4 / BA.5 sub-line – first identified in catchments in April – accounted for 17 percent of Victorian infections and was expected to overtake BA.2 in the coming weeks to become the state’s dominant tribe.

He said the tribe’s promise in Victoria followed similar patterns in NSW and Queensland.

“The Ministry of Health predicts that the prevalence of BA.4 / BA.5 in Victoria is likely to result in an increase in cases, including reinfections and hospitalizations,” he said.

“This is because the strain has a greater ability than BA.2 to evade immunity from vaccination and previous COVID-19 infection.”

There was no evidence at this stage that the subvariant causes more serious illness, but authorities “closely monitored the situation”.

Medical experts have this week renewed calls for people to get their booster in the wake of rising infections and hospitalizations as new sub-variants emerge in the winter.

On Saturday, more than 28,000 new cases and 56 deaths were registered nationwide in the most recent reporting period. There were nearly 225,000 active cases across the country, with 3,046 patients in the hospital.

As the number of cases increases, doctors with symptoms with symptoms have urged them to stay home and be tested, especially in the wake of easing vaccine and mask mandates in some parts of the country.

Several states have begun phasing out restrictions, including allowing unvaccinated school staff back to work, lifting bans on unvaccinated visitors to nursing homes or relaxing mask requirements at airports.

“We’ve seen too many people who have symptoms going around the community who may have had a negative (rapid antigen test) that says, ‘Oh, it’s not COVID, it’s not the flu. I’m okay to be around people, ”Australian Medical Association Queensland President Maria Boultan said on Saturday.