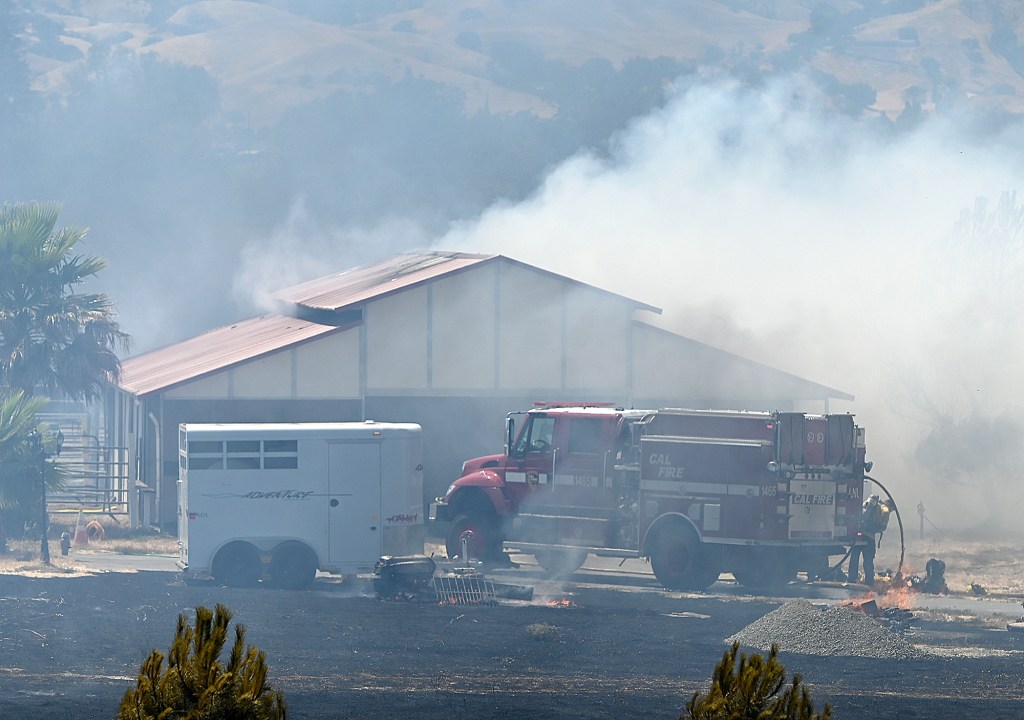 Progress on four-alarm fire off Timm Road and Buena Vista Lane in rural Vacaville, which burned approximately 39 acres and received evacuation orders Thursday afternoon, had been stopped by firefighters after an hour.

At the time of the press release, the fire had been 65% under control.

The Timm fire that allegedly started in Buena Vista around 6 p.m. 14.05, burned three outbuildings, including a barn, but no homes. Cal Fires Lake Napa unit said firefighters would remain in the area for further containment and to turn off hot spots

Residents of the area were advised to remain prepared to evacuate if conditions change. An updated evacuation card can be viewed Solanooes.maps.arcgis.com/apps/webappviewer/index.html?id=91df8afef2c447688c212acfe8afcb30.

The Timm fire was one of several fires that burned in the region on Thursday, which also included the Valero fire in Benicia, the Canyon fire in Pleasanton, the Scenic Fire in Port Costa and the Vaca Valley Fire Off Interstate 505. It also comes one day after the Wintu fire, which burned about 110 acres outside Winters and Vacaville. As of Thursday, it is 90% contained.