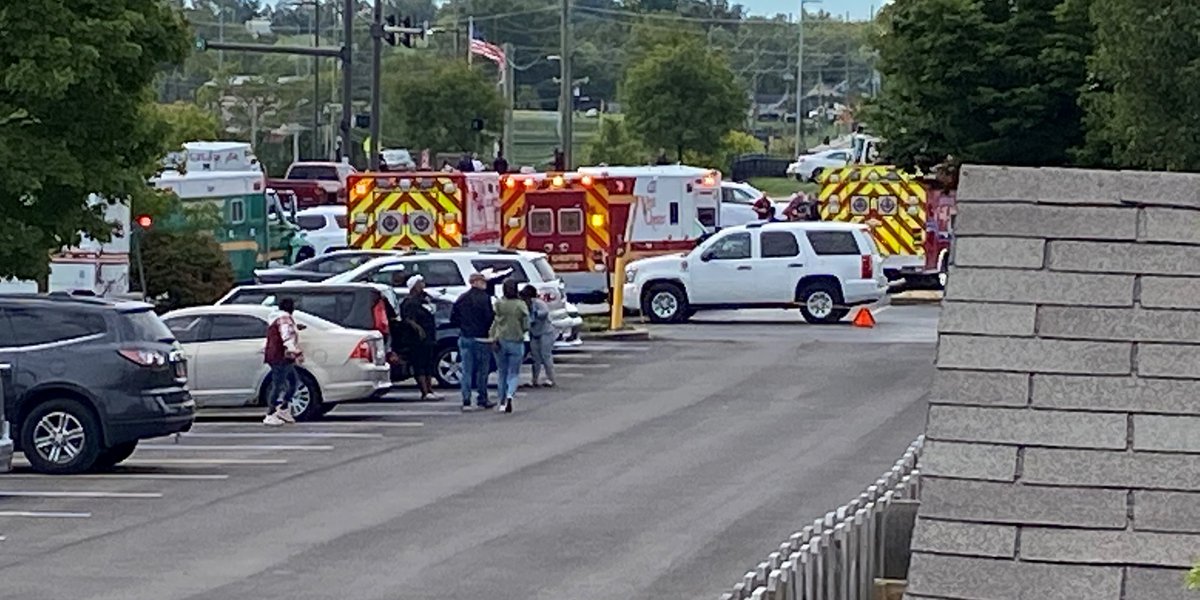 SHARONVILLE, Ohio (WXIX) – Police in Sharonville say reports of an active shooter at Princeton High School are “false” and they are now investigating this as possibly part of a larger “hoax.”

It all began to unfold at Princeton High School at 10:12 a.m. Friday.

Someone inside the school called 911 and told a dispatcher there was an active shooter with possibly 10 people injured, Cordes said.

Dozens of police officers from several law enforcement agencies converged on the school off Chester Road, adjacent to southbound Interstate 75.

They searched the building before issuing the all-clear at 11. It took so long because police had to go room by room throughout campus to make sure, Lt. Cordes said, adding that no one was hurt.

Because of the disruption, Princeton High School students will be dismissed for the day, police say.

Bus riders will be taken home and dropped off at their normal locations.

Students who drive can get to their cars and leave campus.

Students still to be picked up will be escorted to Vineyard Church, 11340 Century Circle in Springdale, where they can be picked up by their parents.

“Do NOT respond to the school,” Sharonville police urged on Facebook. – There is still a large police presence at the school.

Initially, police said since the middle school was not affected, they would remain in class.

Earlier, parents frantically rushed to the school and were directed to Vineyard Church, where they were seen hugging and reuniting with their children.

A police officer announced on a bullhorn that they were 95% sure the active shooter report was a hoax and the school is ready.

All roads around campus close down, snarling traffic and turning Chester Road and surrounding streets into a parking lot.

These streets are open again, but traffic delays may continue in the area.

Hamilton County, City of Sharonville – The following ramps are closed for police operations at the request of OSP:

See a spelling or grammar mistake in our story? Please include the title when you click here to report it.