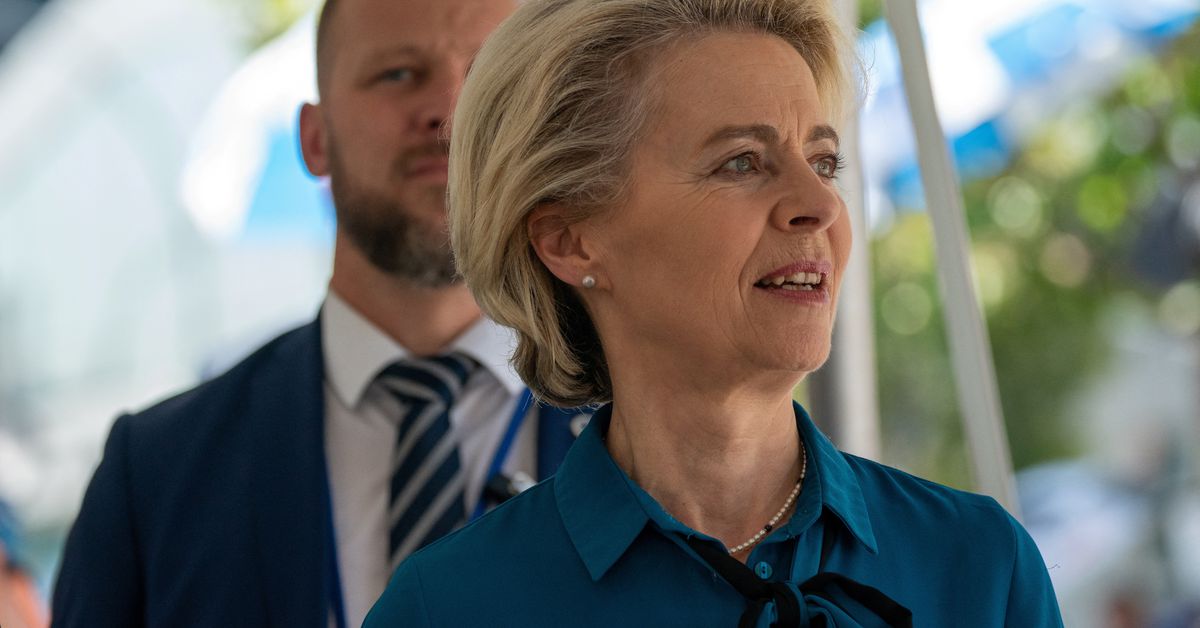 BRUSSELS, Sept 23 (Reuters) – European Commission chief Ursula von der Leyen has warned Italy of the consequences if it strays from democratic principles, issuing a thinly veiled threat ahead of Sunday’s election that a right-wing bloc led by Giorgia Meloni expected to win.

The comments highlighted concern in some European capitals over the upcoming election and suggested that relations between Brussels and Rome could become turbulent if Meloni and her partners sure win.

“My approach is that whatever democratic government is willing to work with us, we will work together,” von der Leyen said at Princeton University in the US on Thursday in response to a question about whether there were any concerns about for upcoming elections in Italy.

“If things go in a difficult direction, I have talked about Hungary and Poland, we have tools,” she added.

Matteo Salvini, the leader of the League and part of Meloni’s conservative alliance, condemned her comments as “shameful arrogance”.

“What is this, a threat?” he wrote on Twitter. “Respect the free, democratic and sovereign voice of the Italian people!”

Von der Leyen was apparently referring to last Sunday recommendation from the European Commission to suspend around 7.5 billion euros in funding to Hungary over corruption, the first case in the 27-nation bloc under a new sanction designed to better protect the rule of law.

The EU imposed the economic sanction two years ago in response to what it says amounts to the undermining of democracy in Poland and Hungary, where Prime Minister Viktor Orban subjugated the courts, media, NGOs and academia, as well as curtailing the rights of migrants , gay people and women for more than a decade in power.

Von der Leyen also came under fire from the Polish government, with the deputy justice minister accusing Germany of leading the EU.

“The president of the European Commission suggests that if the Italians elect a government that Brussels doesn’t like, they can have funds blocked,” Polish Deputy Justice Minister Sebastian Kaleta said on Twitter.

“Further proof that the ‘rule of law’ is pure blackmail to impose EU, or rather German, dictates. Such is ‘democracy,'” he added.

Kaleta belongs to the arch-conservative United Poland party, a junior member of the government whose leader is Justice Minister Zbigniew Ziobro, the architect of judicial reforms that Brussels says undermine the independence of the judiciary.

Eric Mamer, a spokesman for the European Commission, told reporters in Brussels that von der Leyen had not sought to interfere in Italian politics.

“She emphasized the role of the Commission as the guardian of the (European) Treaties in terms of the rule of law,” he said on Friday.

Reporting by Marine Strauss and Sabine Siebold in Brussels, Crispian Balmer in Rome and Alan Charlish in Warsaw Editing by Jason Neely and Frances Kerry