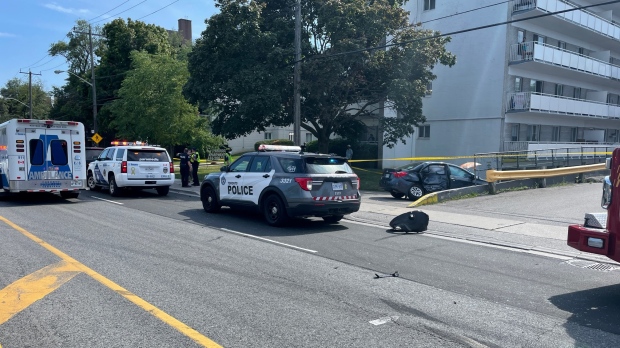 An elderly woman has died following a two-vehicle collision in Scarborough on Friday afternoon.

The incident happened near Victoria Park and Surrey Avenue around 3.30pm

According to police, a passenger was pinned in a vehicle and was found unconscious. Rescuers performed CPR through the car window and were able to revive them.

A woman in her 80s was transported to a trauma center in serious condition, police said. She was later pronounced dead at the hospital.

Paramedics say two other patients, a man and a woman, were taken to the hospital with non-life threatening injuries.

Roads in the area are closed while police investigate the incident.

Anyone with information is asked to contact traffic services at 416-808-1900.

COLLISION: UPDATE
Victoria Pk/Surrey
– The police are investigating the scene
– A woman in her 80s was pronounced dead at the hospital
– Victoria Park Av is closed in both directions between Surrey Av + ​​Ruscica Dr
– Contact any witnesses @TrafficServices 416-808-1900
^ lb