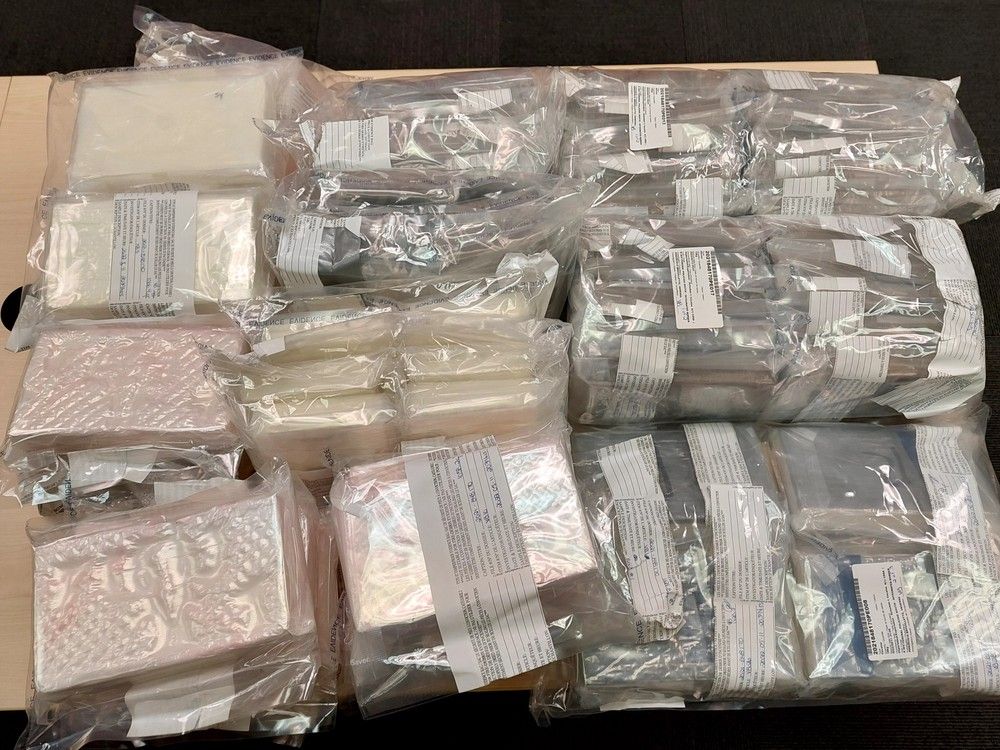 An Edmonton man has been charged after cocaine and heroin with a street value of $7 million were discovered imported into Canada.

The charge stems from an investigation by the Integrated Border Enforcement Team, a joint operation between the RCMP, the Canada Border Services Agency and the Calgary Police Service, into cross-border drug importation using commercial transport vehicles. The team seized 38 kg of cocaine and 30 kg of heroin.

“This complex investigation, which spanned several months, is a great demonstration of the importance of interagency cooperation,” said Supt. Sean Boser, officer in charge of federal police, in a press release.

“Investigators were able to prevent 68 kg of cocaine and heroin from impacting Alberta communities and potentially saving lives.”

On Oct. 13, David Phanthikane, 42, of Edmonton, was charged with possession of a controlled substance with intent to deal.

Phanthikane is scheduled to appear in provincial court in Edmonton on Wednesday.

The mandate of the Integrated Border Enforcement Team is to improve border integrity and security along the border between designated ports of entry by identifying, investigating and interdicting individuals, organizations and goods involved in criminal activities.