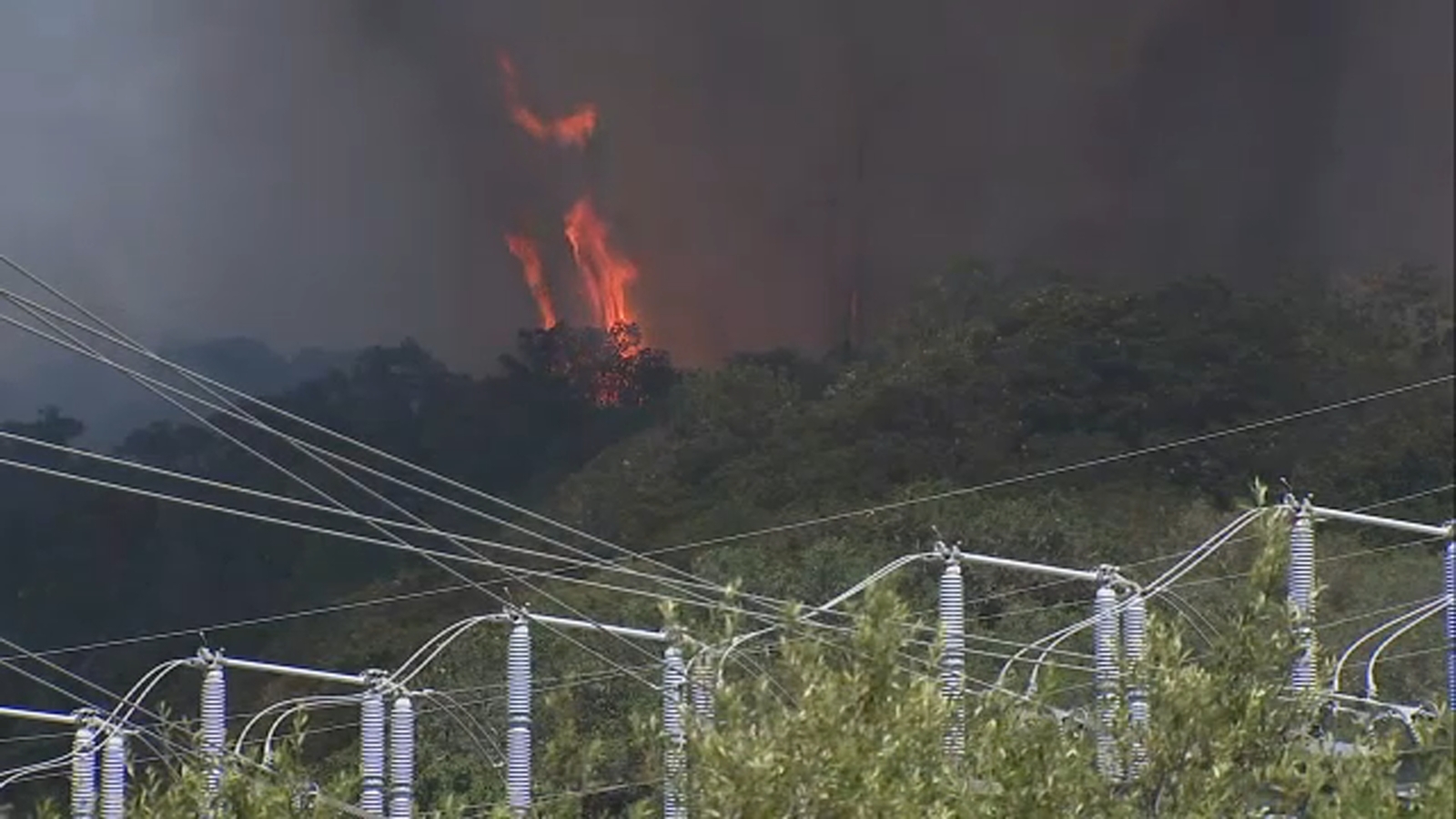 All evacuation orders have been downgraded to fire alarms with six alarms.

Residents in the Woodside and Portola Valley areas should expect to smell smoke from the fire over the next 72-96 hours while crews continue to reach full containment, fire officials said.

During a briefing Tuesday, officials said the fire was burning in a north-northwest direction toward North Canada Road, and crews are actively working to protect homes at risk of ignition.

Officials say a firefighter was injured while fighting the fire and has been taken to hospital. Their condition is unknown at this time.

CAL FIRE confirmed that the fire was extremely close to the homes.

“We hit it really hard yesterday by plane. We have a good line around it. We scraped the ground so the fire can’t cross,” said CAL FIRE battalion commander Bob Simmons.

Kathy Hibbs and her family decided to evacuate after 6 p.m. 14.30. She described that they saw smoke and flames as they drove away.

“We heard a report because someone was up in one of the Copts. It was basically 200 feet from where the sidewalk is. Which is terribly close,” Hibbs said.

“We had a checklist that I had to go through and we just yelled at each other like, what are we going to do, what am I going to do,” Leo Gray said.

Down the block, Bruce Baker decided to stay. He has lived in the neighborhood for 40 years and said this has been their closest call.

“I can not imagine people losing their homes. Up in Paradise, Chico and Santa Rosa. It is hitting home now more than ever,” Baker said.

Bruce described that he heard what sounded like an explosion around 2.20pm, and then they lost power.

As PG&E crews could be seen around the area.

Luz Pena: “Any idea what might have caused this fire?”

CAL FIRE Battalion Commander Bob Simmons: “I have investigators out here right now. Working hard to determine the cause of the fire.”

For many residents, Tuesday’s fire was a close call that reminded them of the importance of always being prepared with an evacuation plan.

Firefighters initially responded to two fires shortly after noon. 14.20 in the area of ​​Edgewood Road and Crestview Drive and the California Highway Patrol reported that smoke was visible from Interstate Highway 280.

All evacuation orders have been downgraded to warnings. See the map below for the latest update:

The San Mateo County Sheriff’s Office has moved the evacuation and reunification center from the Cañada College Theater to the Veterans Memorial Senior Center in Redwood City.

Stanford University also reported impacts as a result of the fire, with a power outage affecting many parts of campus due to a broken PG&E transmission line, school officials said on Twitter.

Smoke from the fire may be visible from campus, but there is no threat to campus late Tuesday afternoon, Stanford officials said.

According to PG & E’s websiteis thousands of powerless customers in parts of San Mateo County, including areas in the evacuation zone.

San Mateo County Parks tweeted that Edgewood Park is closed due to the fire burning in part of the park.

Video and photos sent to ABC7 from viewers showed smoke rising from the mountainside where the fire started, which could be seen from as far away as Alameda.

Fortunately, CAL FIRE says no structures have been damaged or lost in this fire.

The cause of the fire is unknown at this time.

For a better experience, click here to see the whole map in a new window

The Bay City News Service contributed to this article.

Stay tuned to ABC7 News for the latest details on this development story.