The government of New South Wales is trying to fend off another wave of protests by raising the fines for illegal strikes.

Teachers and nurses plan to leave the job next week in an ongoing dispute with the state government over pay and terms.

In response to this, the government has today marked the imposition of large fines on trade unions that go on strike in violation of labor market laws. 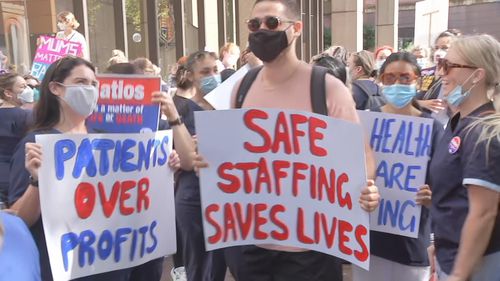 “Instead of blaming unions for labor struggles, Mr Perrottet needs to look at the man in the mirror,” said Mark Morey, NSW’s secretary.

“The current action taking place across NSW schools, hospitals and transport can be attributed solely to Perrottet, Kean and their policy of reducing the standard of living of nurses, teachers, police and other public sector employees.”

“Perrottet is the first premier in memory of deliberately cutting the salaries of nurses, teachers, police and other public sector employees.

“This is a sign of shame that he can not ignore.”