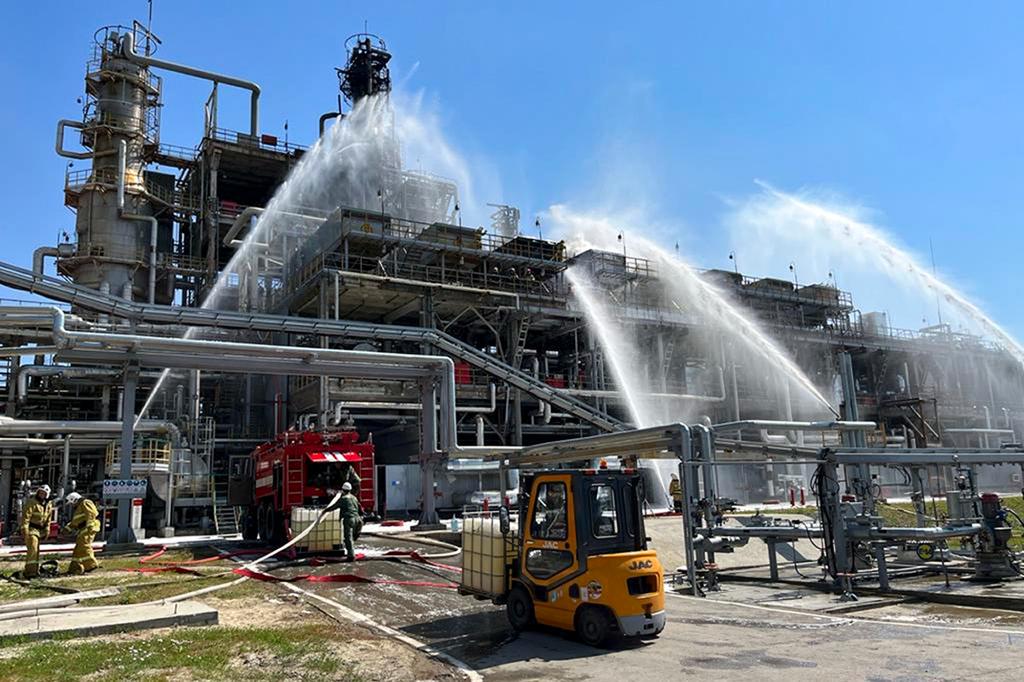 MOSCOW – A drone strike on Wednesday caused a fire at a refinery in southwestern Russia near the border with Ukraine, but no one was injured and the fire was quickly contained, officials said.

The fire engulfed industrial equipment at the Novoshakhtinsk oil refinery in the Rostov-on-Don region. Authorities said dozens of firefighters extinguished the flames in half an hour and no one was injured.

The refinery said in a statement that the fire was caused by an attack carried out by two drones, and described it as a “terrorist” act. It did not provide further details, but the state news agency Tass said two Ukrainian drones flew over the plant and one of them crashed into a heat exchanger, triggering the fire.

Ukrainian officials have not claimed responsibility for the drone attack.

A video posted on a messaging app channel showed a drone flying past and hitting what is claimed to be the refinery, a giant smoke flag rising into the sky. The authenticity of the video could not be independently verified.

The refinery said it temporarily suspended operations to assess the damage.

Wednesday’s attack on the refinery follows a series of explosions and fires in western Russia amid Moscow’s fighting in Ukraine in an operation that began nearly four months ago.

In April, two Ukrainian combat helicopters hit an oil depot in Belgorod, according to Russian officials, causing a massive fire.

Several other explosions and fires hit refineries, oil depots and an ammunition depot. Ukraine has not officially taken responsibility for the incidents, but some Ukrainian media have praised them as a result of Ukrainian strikes.