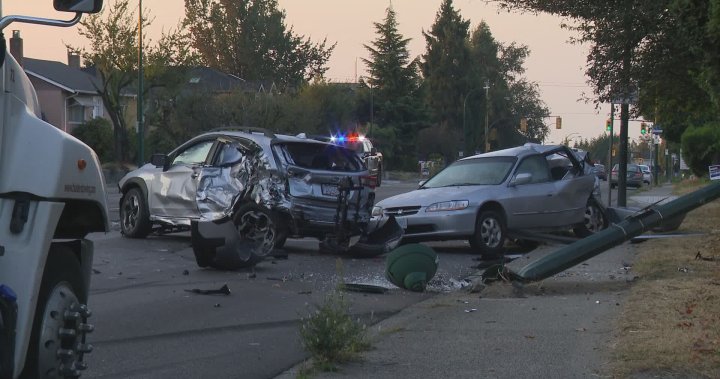 A driver in a Range Rover was heading south when he rear-ended another vehicle and pushed it into a parked car and a light pole, according to police.

Man dead, alleged impaired driver in custody after BC crash

Vancouver police officers said the driver of the Range Rover fled when his vehicle rolled to a stop and he has not been located.

But investigators said they have a pretty good idea who he is.

“We have video,” said Sgt. Steve Addison, a VPD officer.

“We are confident that we will be able to confirm the identity of the driver.”

The driver, who was sitting in the back, was taken to hospital with non-life threatening injuries.

Traffic has resumed in the area.