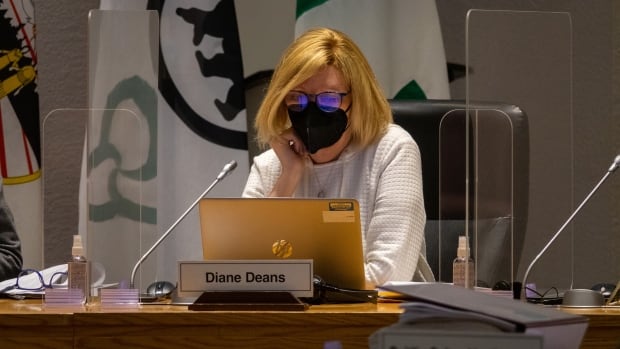 grev. Diane Deans has completed her bid to become Ottawa’s next mayor and will not run for council again in the Gloucester-Southgate ward.

In a statement Thursday, the longtime city council member said she put her choice aside for “personal and professional reasons,” among them that she felt she could not commit to being more than a one-time mayor.

“After careful consideration, I have concluded that the next mayor will have to give an eight-year (two-term) commitment to perform the job,” Deans wrote.

“Four years will not be enough to get this city on a better path.”

There are currently seven candidates who have filed papers to replace Jim Watson as Ottawa’s next mayor, including Somerset Coun. Catherine McKenney and former Mayor Bob Chiarelli.

Two others have put forward their names to represent the Gloucester-Southgate department.

28 years as a city council member

Deans have spent nearly three decades around the council table, having only been elected in 1994.

She has served in a number of high-profile roles during that time, including most recently as chair of the Ottawa Police Services Board – a position she held removed from in a controversial, cruel upheaval of the board that took place during this winter’s Freedom Convoy protests.

In his statement, deans said divisions in the city council have “exacerbated” problems such as rising municipal debt, lack of affordable housing and a transit system “plagued with problems.”

With mixed feelings, I announced today that I will not run as a mayoral candidate in the upcoming local elections. Thanks to all those who have encouraged me. I am grateful for your unwavering support. pic.twitter.com/OVaBEPZ9fM

“Ottawa residents need their councils to come together and put the needs of the community first,” she wrote. “The next mayor must bridge all of Ottawa’s unique communities – rural areas, suburbs and cities – and find a balance that can end the divisions we see today.”

Dean also fought against ovarian cancer in 2019, returns to the council table a year later. That experience prompted her to run for mayor, Deans said when she announced her bid in December last year.

Ottawans go to the polls to elect their next city council on October 24th.