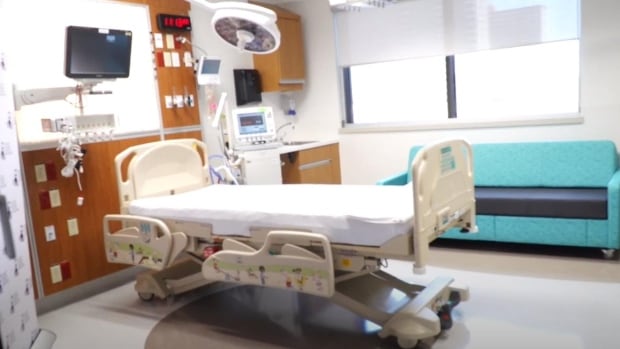 Kamryn Bond’s hospital stay when she was 11 months old had life-changing consequences.

Just over five weeks later, both of her legs were amputated below the knees along with the right hand and three fingers of the left hand. By that time, she had been transferred to Stollery Children’s Hospital in Edmonton.

Now Kamryn’s mother is fighting on behalf of her daughter with a $ 31.7 million lawsuit in Edmonton Court of Queen’s Bench against the doctors and Queen Elizabeth II Hospital.

According to a statement filed in 2015, Kamryn’s mother, Dale Bond, brought her baby to the hospital in 2011 because she was suffering from shortness of breath, dry cough and fever.

Family doctor Dr. Mark Guhle, one of the doctors mentioned in the trial, took care of Kamryn while she remained at Grande Prairie Hospital.

Doctors initially believed that the infant had a viral infection after she was tested positive for respiratory syncytial virus (RSV), and she was treated accordingly. Antibiotics were not given at the time because the doctors believed that her condition was caused by a virus, not bacteria.

Two days after she was admitted to the hospital, medical records showed that Kamryn’s condition had worsened. She was lethargic and her fever rose in the morning at 40.5 C.

The doctor ordered several tests, and according to the court transcripts of his testimony, he asked to be notified if there were significant changes in Kamryn’s condition.

On the morning of February 22, she was in respiratory failure.

“She had a bacterial lung infection that went untreated and led to sepsis,” Bond’s attorney, Duncan Embury, said Wednesday. “The sepsis was not recognized and developed all the way to septic shock.”

Kamryn was immediately put on intravenous antibiotics and transferred to Stollery.

According to the statement of claim, she faced many problems, including “infection, difficulty breathing, adrenal insufficiency, ischemic limbs. [restricted blood flow]malnutrition and kidney failure. ”

The statement of claim claims that the subsequent amputations and other complications were the direct result of the delay in diagnosis and treatment at Grande Prairie Hospital. It claims Kamryn’s injuries were caused by doctors’ negligence.

In their defense statements filed, the defendants deny all charges.

By seeking compensation, the plaintiffs claim that Kamryn has suffered and will continue to suffer significant personal injury that will mean ongoing care expenses and loss of earning capacity.

They also claim that Kamryn’s mother has taken on the burden of caring for a significantly injured child, which has also resulted in loss of income and earning capacity.

Dale Bond did not respond to a request from CBC for comment.

None of the charges have been proven in court.