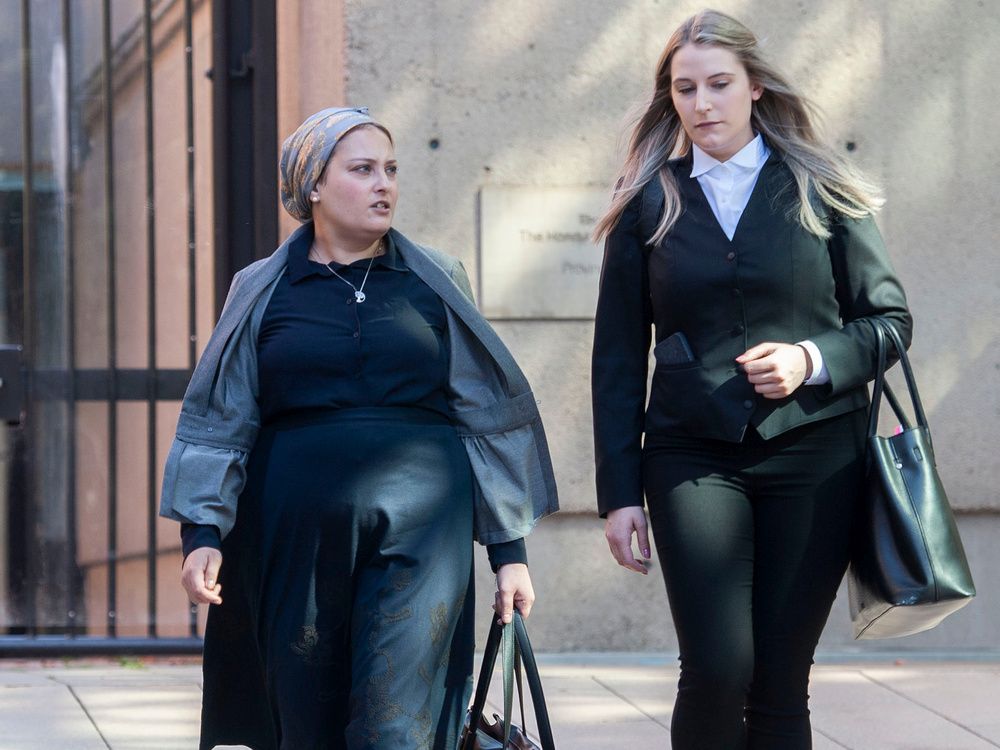 The operator of an unlicensed daycare convicted in the so-called Baby Mac death admits she deceived the parents of the children at her daycare about the care she provided their children, according to a document filed at a sentencing hearing .

In April, Susy Yasmine Saad pleaded guilty to failing to provide for the necessities of life for nine children, including Mac Saini, a 16-month-old boy who died at Olive Branch Family Daycare on Kitchener Street in Vancouver on January 18, 2017.

Start your day with a collection of BC-focused news and opinion delivered straight to your inbox at 7, Monday to Friday.

The next issue of Sunrise presented by the Vancouver Sun will be in your inbox soon.

A sentencing hearing is underway for Saad in the BC Supreme Court, where the Crown attorney has filed a number of documents, including an agreed statement of facts signed by Saad. The affidavit says that while caring for the children at her unlicensed daycare, Saad did not intend to be bound by child care laws and regulations in BC, but intended to regularly care for more than two children. The limit for an unlicensed childcare operator is two children.

In order to facilitate her deception, Saad only provided services to children too young to communicate with their parents about the nature of the care being provided. She also admitted to banning parents from the three-level duplex during business hours, claiming she did so for the children’s safety.

The fraud also included requiring parents to give 15 to 20 minutes notice for dropping off and picking up their children and requiring drop offs and pick ups to be quick and generally not allowing parents past the threshold or to look inside the home. She delayed pick-up times and gave false explanations, such as not wanting to interrupt the child while she was engaged in an activity.

Many of the parents signed up to daycare waiting lists when they were pregnant or shortly after the birth of their child, and felt “desperate” to find care as their return to work approached, with searches turning to unauthorized home-based care, according to the report.

The affidavit also details Saad’s actions on the day she discovered the toddler unconscious and blue in her playpen, with a string of lights wrapped around and embedded around his neck after he had been put down to sleep. Saad yelled for a family member of hers to call 911, wrapped the lights around the boy’s neck, then performed CPR on the child while receiving instructions from the 911 operator.

Noticing that none of the children were her son, she ran to the stairs and caught up with the first doctor who, upon arriving on the third floor, found a hysterical Saad performing CPR on the boy in the middle of the room. The mother saw her son on the floor screaming, and Saad told her, “he moved the playpen and grabbed a cord that was nailed to a wall and strangled himself,” according to the affidavit.

Saad continued to say that the child had strangled himself and repeatedly shouted that he had become entangled in a string and had wrapped it around his neck. She said she had just left him for a while and had just brought him up to the room to go to bed. Attempts to revive the boy failed and he was pronounced dead at the scene.

The sentencing continued Wednesday with testimony called to address disputed aggravating factors in the case. The hearing is expected to last eight days.

More news, less ads: Our in-depth journalism is possible thanks to the support of our subscribers. For just $3.50 per week, you can get unlimited ad-lite access to The Vancouver Sun, The Province, National Post and 13 other Canadian news sites. Support us by subscribing today: Vancouver Sun | The province.