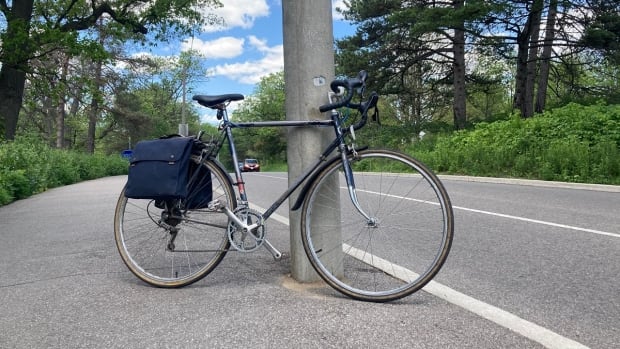 With tensions between cyclists and police in High Park boiling over in recent weeks, critics say the key to long-term safety solutions at the park lies in changing how it is used, not increasing police presence and ticket sales.

Alison Stewart, senior advocacy manager for the non-profit Cycle Toronto, says high tensions at the park have been made worse by police enforcement.

“Targeting cyclists in High Park is not only unproductive, it’s unreasonable,” Stewart said.

“We can’t address individual behavior. But we can address the safety of our roads by developing conflicts.”

Cycle Toronto says it has become “increasingly alarmed” by recent collisions between people on bikes and police, and is requesting a meeting with Toronto Mayor John Tory and Toronto Police Chief James Ramer to de-escalate tensions in a letter sent Friday. Its call comes days after a Toronto cyclist was hit by a police car.

Stewart and other critics say the incident highlights the need to change the way people travel through and use the park, rather than increasing police presence.

It’s something the High Park Movement Strategy has been exploring since its launch last year – but changes to the park’s infrastructure and use won’t come until next spring.

“It’s a slow process and in the meantime people are at risk,” said Lee Scott, a member of the steering committee of Walk Toronto, a pedestrian advocacy group.

Scott says that in addition to rethinking the interior of the park, the city must work faster to transform the surrounding streets. According to townthe speed camera outside High Park on Parkside Drive issued 2,845 speeding tickets in May — about 14 percent of all 20,052 tickets issued in Toronto, and the most of any unit.

“With these kinds of situations that arise, it just makes sense for the city to initiate that plan as soon as possible,” Scott said.

Police say enforcement is ‘welcomed’ by the community

Toronto police say that while their presence in High Park is just a “small” part of its city-wide traffic enforcement plans, it’s also in response to concerns from people in the local community — particularly families with young children, runners and dog walkers — about speeding cyclists and vehicles.

“This has been welcomed by the local community as well as those who visit the park,” Const. Robert Reid told CBC Toronto in an email.

Reid says the police approach has been to educate and warn cyclists who speed or ignore stop signs, and officers can “use their discretion when they decide to ticket.”

However, bicycle injury lawyer David Shellnut says police appear to have taken a targeted enforcement blitz against cyclists in High Park, even though vehicles are involved in most fatal and serious injury crashes.

“You can walk into any intersection in this city and see motor vehicles breaking the law,” said Shellnut, who says he represents dozens of bicyclists hit by vehicles in the High Park area alone.

“People tell us they are [not] going to High Park. They are scared. They feel intimidated and bullied.”

In a statement from the mayor’s office, spokesman Lawvin Hadisi says Mayor John Tory supports police in exercising their discretion when enforcing the law. She also says the mayor needs to “look at all sides” to make sure everyone is safe.

“This is a big park in a big city, and it shouldn’t come as a surprise or an outrage to anyone that from time to time the police do conduct enforcement in response to community complaints,” Hadisi said.

Hadisi says Tory is “happy to look at” speeding up the review of the High Park Movement Strategy, and has asked staff to ensure it looks at “innovative solutions” to help all park users better enjoy the park.

The public can weigh in on the future of High Park in an online vote on whether to cut car traffic, as is the case at the weekend, or continue to share the road under current rules.