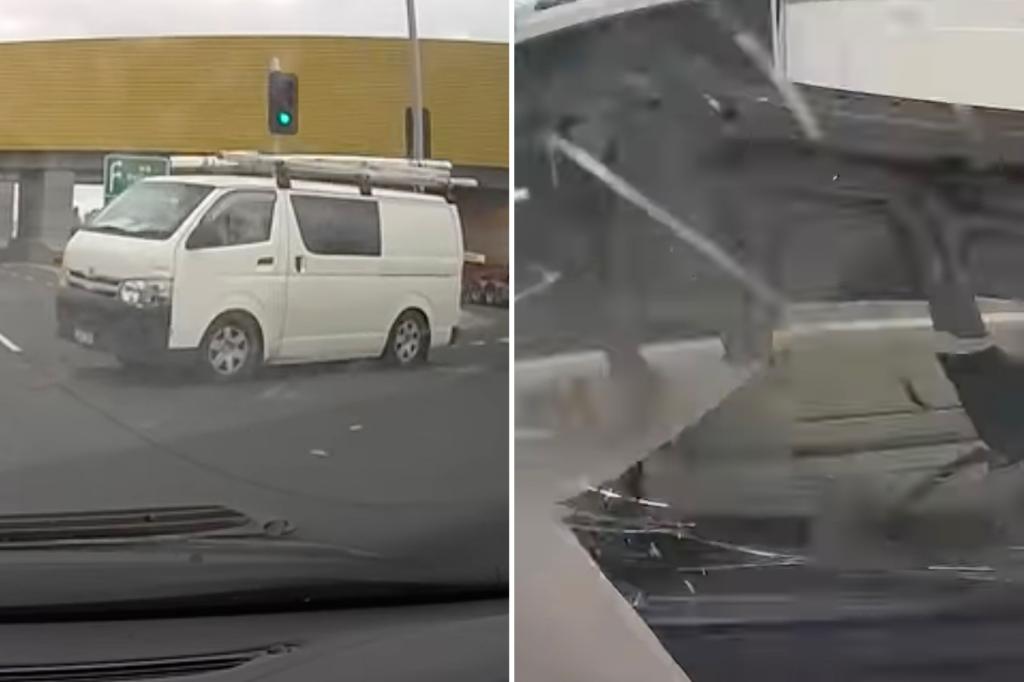 A shocking car crash caught on dashcam has exploded online.

In the video, a white van can be seen running a red light at an intersection in Victoria.

The driver at the wheel of the car with the camera installed then bizarrely puts his foot on the floor and crashes into the vehicle, smash his own windshield and sends the van overturning on its side.

That video was recorded in Derrimut, Victoria, according to Dash Cams Australia.

Some the commentators were in favor of the driver “teaching him a lesson” to never run a red light.

“This driver decided to sacrifice himself to teach the van driver a lesson. Thanks for your service. Maybe you’ll consider a t72 tank for your next vehicle. I hear they’re going cheap these days,” said one.

But most were stunned by the fact that the dash cam driver continued to drive forward rather than let the offending vehicle through.

Others judged the driver for apparently walking out out of their way to cause the accident to happen.

“I hope that the driver’s guide dog was okay,” added one.

“There is right and there is getting to your destination without smash your head into the windshield. I choose the latter,” said another.

“The van driver was stupid to run a red light, but it looks like the driver of the car could have easily prevented this accident by simply braking. Where the hell was he looking??” said another.