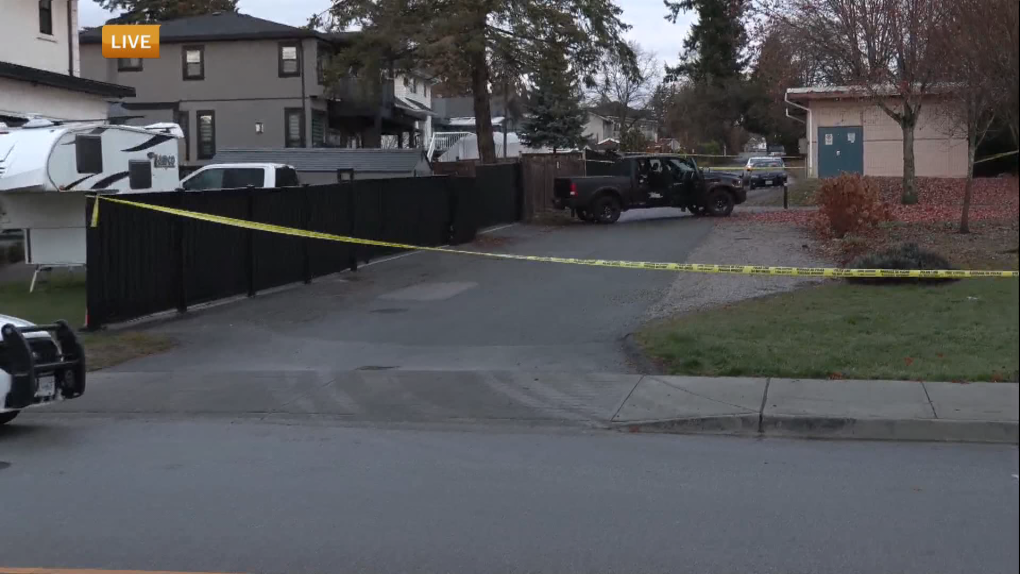 One of the two men gunned down in Coquitlam, BC on Wednesday night, police say is a 25-year-old with ties to the gang conflict in the Lower Mainland.

The Integrated Homicide Investigation Team has identified the deceased as Ramin Salam, a Coquitlam resident who was allegedly associated with gang members. Another victim who survived also appears to have gang ties.

“We believe that was the cause of this shooting,” said Sgt. Timothy Pierotti told reporters at a press conference.

Authorities are still working to identify the other man killed and could not speak to his background.

Pierotti said Salam’s name was shared in the hope that someone with information about the double homicide will come forward and help IHIT’s investigation.

The incident followed a series of alarming incidents across the Lower Mainland that police have responded to over the past week, including a violent armed robbery that led to a standoff with police in Port Coquitlam on Tuesday and a series of shootings in Merritt.

Pierotti said it is unclear if there is an escalation of gang activity taking place in the region.

“It certainly does ebb and flow,” he added. “As for whether it warms up again, I can’t say for sure.”

The shooting happened on Dawes Hill Road near Mundy Street – near an elementary school – around 7.30pm on Wednesday.

Officers responded to reports of shots fired and arrived to find two men with gunshot wounds unresponsive in a vehicle.

A witness recorded cell phone video of what happened next. It shows first responders giving one of the victims CPR as the person lay lifeless on the road next to a vehicle.

“One victim was pronounced dead at the scene while another was transported to the hospital and later succumbed to their injuries,” Cpl. Alexa Hodgins said in a press release hours after the incident.

A neighbor, whom CTV News is not identifying for safety reasons, said she heard the shots.

“I heard a lot of what sounded like fireworks – like pop, pop, pop, pop. My dog ​​came running up the stairs so I went outside to let him in and there were a couple of people running over the park,” said the neighbor.

Video from the scene indicates the victims were found inside a light-colored car parked on Dawes Hill Road, which appeared to have bullet holes in the driver’s side after the shooting.

A witness also took video of a person arrested at the scene, showing a man in a black pickup being swarmed by police.

RCMP can be heard asking the man to exit the truck and put his hands up.

“The two guys that were in here are dead,” says an officer, his gun drawn, gesturing to the bullet-riddled car.

“We have information that the truck involved matches your truck,” he adds.

You can hear the man protesting and telling the officers that he is innocent.

The neighbor saw the entire interaction happen while giving a statement to an officer in the alley.

“He said, ‘Do you know this vehicle?’ We said “No.” And then he yelled to another officer, ‘Did they describe a black and gray truck?’ said the neighbor.

That’s when she said the vehicle tried to turn around.

“The next thing you know, they (police) were calling for rifles. And then there was a police officer with a very large rifle running towards us.”

She said she was so scared she froze.

A suspect was eventually tackled and arrested. Police have not confirmed whether the incident was related to the shooting.

“We will work with Surrey and our forensic experts to determine if it is connected to our crime in Coquitlam,” Pierotti said.

The surrounding roads have reopened to traffic, but the alley that runs parallel to Mundy Street remained behind police tape Thursday, as did Dawes Hill Park Playground.