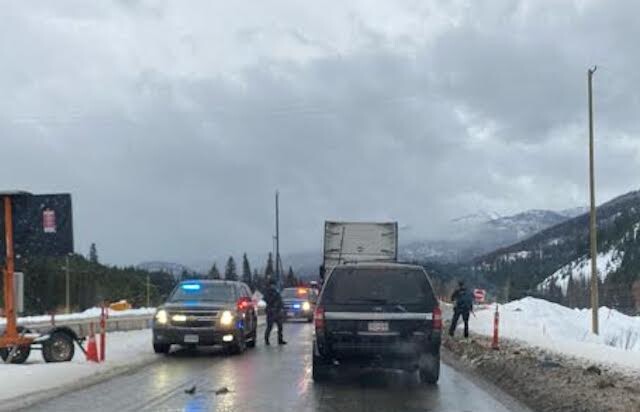 Coquihalla Highway has reopened in both directions.

“The incident that prompted police to require the highway closure has come to a conclusion and we thank all motorists for their patience,” said Sergeant Chris Manseau media officer for the BC RCMP.

He notes that there is still an active and ongoing police investigation that prompted Mounties to close the main route between the BC Interior and the Lower Mainland. The public should expect a significant increase in police vehicles in the area.

Merritt RCMP are asking any witnesses or anyone who was in the vicinity of Juliet Bridge, just south of Merritt near Coquihalla Summit between 12:00 PM and 2:00 PM on November 23, to call them at 250-378.4262. They are also looking for any dashcam footage from that time.

There will be no further updates this evening, but RCMP say they are committed to releasing a fuller update on Thursday.

The police incident on Coquihalla Highway appears to involve a stolen pickup truck.

Tik Tok user Kurtis Brown posted a video Wednesday of a black pickup truck in the Coldwater River near the Juliet Bridge on the Coquihalla Highway. Brown says an “armed suspect” abandoned the stolen truck in the river and fled the area. He later removed the video.

Another Castanet reader reported that a vehicle had been stolen at gunpoint.

In an earlier press release, Sgt. Chris Manseau of the RCMP said a large number of police were en route to the Juliet Bridge area, suggesting the suspect or suspects remain at large.

RCMP officers with long guns have been stopping motorists in the area. The highway remains closed in both directions from Merritt to Hope. There is no estimated time for reopening.