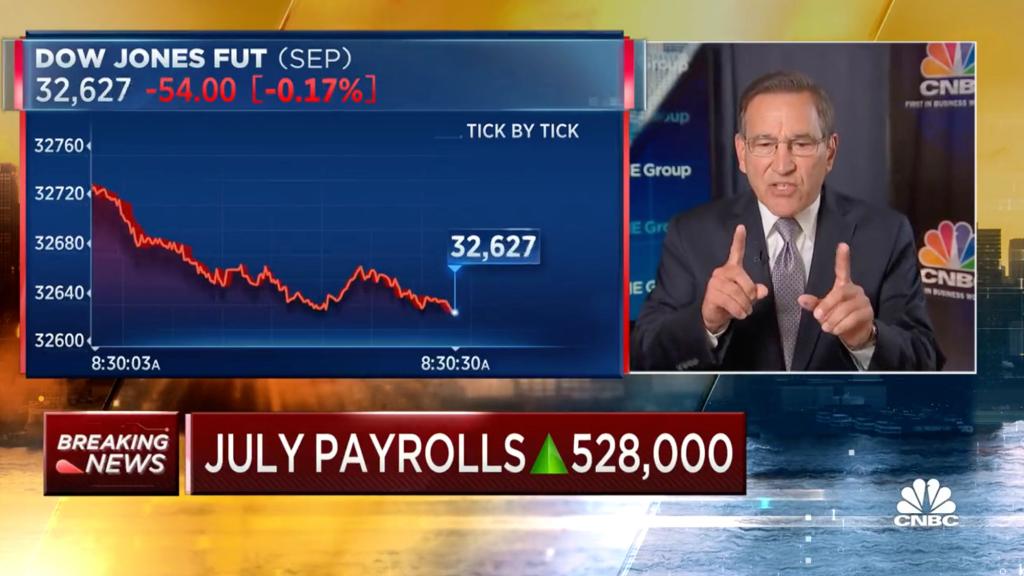 CNBC analyst Rick Santelli was beside himself Friday when he reacted on air to the latest federal data showing that US employers added 528,000 new jobs in July — more than double the expected number.

“Wow, that’s pretty incredible,” Bartiromo, a staunch critic of the Biden administration, said on air when told of the numbers.

While the strong job market and record low unemployment levels continue, analysts said that does not necessarily bode well for the Fed’s efforts to bring down soaring levels of inflation.

“The tinder-box hot job market indicates that the Federal Reserve’s determination to fight inflation is not bearing fruit yet,” Sung Won Sohn, an economics professor at Loyola Marymount University, told The Post.

Sohn cited labor shortages in key sectors of the economy, including airlines, leisure and hospitality and restaurants.

“The sluggish labor force participation rate shows that workers are not yet worried about a recession and willing to wait for better opportunities,” Sohn said.

“The 5.2% wage gain from a year ago is not enough to entice them to come back to work.”

“This is a job market that just won’t stop,” Becky Frankiewicz, president and chief commercial officer of ManpowerGroup, told The Post.

Jeffrey Roach, chief economist for Charlotte-based LPL Financial, told The Post: “The decline in unemployment and the participation rate will frustrate central bankers since a tighter labor market adds inflation risk to the economy.”