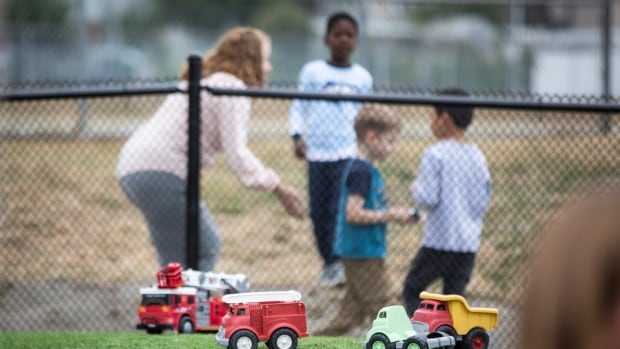 BC has announced cuts to monthly child care fees for families with children of kindergarten age or younger.

The Ministry of Education and Child Care said on Friday that the fee reduction will save families up to $550 per child, per month, depending on whether their child is in group care or family-based care.

The reductions will take effect Dec. 1 and will affect families with about 69,000 children across the province, the ministry said.

Childcare providers running more than 96 percent of eligible spaces have already signed up to participate in the provincial program, meaning families don’t need to apply for the new savings — the reduction should automatically be reflected on their monthly bill in December.

Eligibility for the new cuts is not income-based. The ministry said “kindergarten age” means children who are five or six years old.

Low- and middle-income families are still eligible for income-based support for children up to 12 years through the Affordable Child Care Benefit launched in 2018, the ministry noted.

Minister Jennifer Whiteside said the savings for families are on top of previous reductions of $350 a month for children under three in group care – meaning their fees will be cut by a total of up to $900 a month.

At a news conference Friday, Whiteside said the fee reductions will bring the average daily cost of child care in the province to $21 by the end of the year, down from an average of $53 before the government’s child care initiatives began in 2018.

Whiteside added that the government’s election promise of $10-a-day childcare is underway and will result in the creation of 12,500 more places for children by December 31.