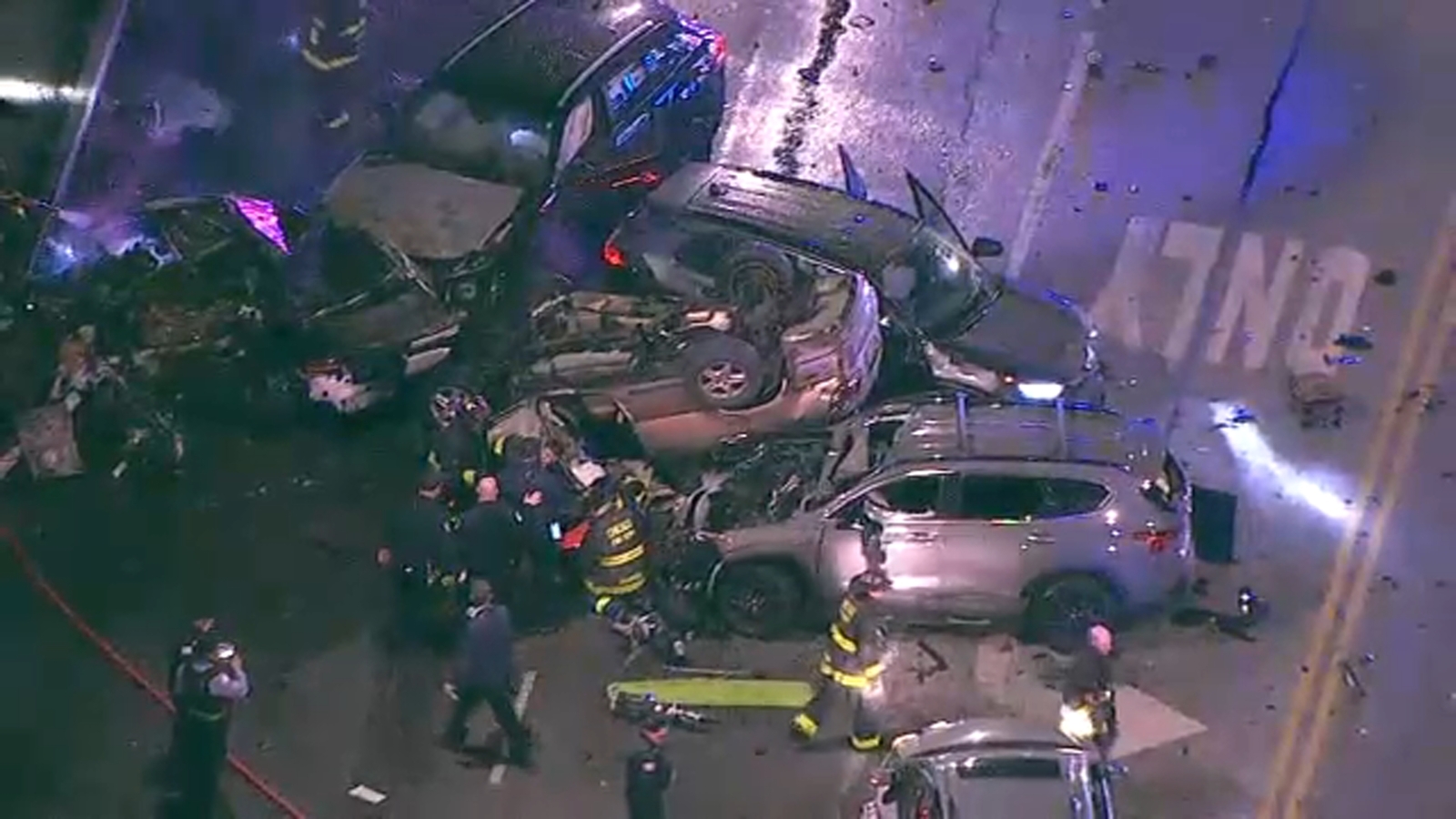 Seven vehicles were involved in the crash near the intersection of 87th and Cottage Grove in the Chatham neighborhood.

A black Dodge Charger was traveling northbound in the southbound lane of Cottage Grove at a “very high rate of speed” around The Charger then stopped in traffic, facing south, and immediately caught fire, killing the two occupants of the vehicle.

“This is a really bad crash,” Chicago Fire Department spokesman Larry Langford said. “I’ve seen many, many – and this is among the worst.”

Langford said the Charger is believed to have set off a chain reaction crash, according to witnesses at the scene.

Brown said 16 people, including nine children and seven adults, were in the other vehicles that were hit and have been taken to hospitals from the scene. At least four of those people are critically injured, and one was described as “very critical.”

The most seriously injured victim was in the vehicle that overturned onto its roof.

The Dodge Charger was reported stolen from Markham earlier in the day Wednesday, according to Brown. A “long rifle type firearm” was also discovered in the charger, Brown added.

Mayor Lori Lightfoot stopped by the scene and urged people to slow down.

“This is something we can control. Just take your foot off the gas and obey the local speed limits,” the mayor said.

Last year, there were approximately 150 traffic-related deaths in Chicago, Lightfoot said, adding that the city already has 100 so far this year.

“A lot of them are related to speed,” Lightfoot said. “When you’re driving at that high speed, anyone you hit – whether it’s a car or a pedestrian – will significantly impair their ability to survive.”

The intersection is expected to be closed for several hours. Motorists are encouraged to avoid the area.

The Chicago Police Department’s Major Accident Unit is on scene to investigate the cause of the accident.